Shivraj Puri, the alleged mastermind of the Rs 400 crore Citibank scam of 2010 who was lodged in a Bhondsi jail, died in a Delhi hospital, officials said Friday. Puri (46) was suffering from tuberculosis (TB), they said.

This is the third Bhondsi jail inmate to die after suffering from TB in the last 18 days, a senior official said. According to him, Puri was in prison since November 2020 for a fraud case registered at Kherki Daula police station.

He was undergoing treatment at LRS Hospital, Mehrauli. Puri died at around 9:30 am on Thursday, the official said. Puri was arrested by Gurugram police from Dehradun in November 2020 in a land fraud case. He had been declared a proclaimed offender (PO) earlier, he said.

Puri was first nabbed in 2010 in connection with the Rs400 million Citibank scam. He was accused of luring high net worth individuals and corporate entities to make investments and then diverting the money to the stock market and causing huge losses to the tune of Rs. 405.52 million, police said. Working as a relationship manager with Citibank, Shivraj had allegedly diverted money worth Rs400 million from various clients to fictitious accounts, they said.

After being released from jail on bail in 2018, he went into hiding and also duped many more people. He was declared a proclaimed offender in 2018 and arrested in 2020, police added. On May 2, inmate Shakeel (27) of Nuh district, who was lodged in a prison in a case under the POCSO Act, died in LRS Hospital, Delhi, after suffering from tuberculosis.

Another inmate, Sandeep, alias Sonu, (45) of Inchapuri village, who was convicted in a murder case in 2010 and was suffering from tuberculosis, died on Tuesday, the jail official said. 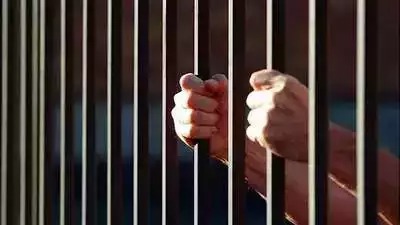