Another zoonotic virus, the Langya virus, caught the attention of experts as 35 people were found to be infected with it in China. Officials said the patients did not have close contact with each other or a history of common exposure, suggesting that human infections could be sporadic. Meanwhile, Taiwan’s Centers for Disease Control (CDC) is currently establishing a nucleic acid testing method to identify and monitor the spread of the virus.

Langya virus is a newly detected virus and, therefore, laboratories in Taiwan will require a standardized nucleic acid test method to identify the virus so that human infections can be monitored, if necessary, said Taiwan CDC deputy director general Chuang Jen-Hsiang.

What is Langya henipavirus?
Zoonotic Langya virus, or LayV, is a new animal-derived henipavirus that is primarily transferred from one animal to another. However, it is recently being detected in humans. According to experts, the Zoonotic Langya virus belongs to the same genus as the Nipah virus. Moreover, none of the cases reported so far were found to be severe or fatal.

Where was the virus first detected?
A study titled “A zoonotic henipavirus in febrile patients in China” published in the New England Journal of Medicine on Thursday said a new henipavirus associated with a human fever-causing illness was identified in China.

The research identified 35 patients with acute Langya henipavirus infection in China’s Shandong and Henan provinces, and 26 of them were infected only with the Langya virus, with no other pathogens.

What are the symptoms of the Langya virus?
According to the study published under the title “A zoonotic henipavirus in febrile patients in China”, new cases of infection being reported among humans have shown symptoms such as fever, fatigue, cough, cold, loss of appetite, muscle cramps or muscle pain, nausea, and vomiting. 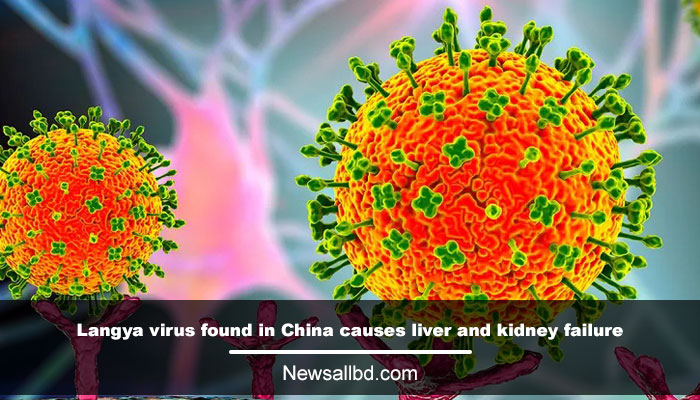