Zoom School was not an education for my math students.

Most in the class tuned out. Now they are definitely behind.

In “The Weekend Interview with Edward Glaeser” (May 28), Tunku Varadarajan touches on a topic close to my professional domain: “the unmitigated disaster that remote learning has been for American children.” As a math teacher with 28 years in the trenches, I witnessed that unmitigated disaster.

It is obvious that every math course has a prequel and a sequel. The 2020-21 academic year placed almost every student in a remote learning environment. That year, I taught, and I use the term loosely, algebra-I, the prerequisite for geometry and algebra-II. Each day I kept track of the number of students actively participating. All students had the option of clicking on the appropriate Zoom link and then tuning in or tuning out.

On average, 20% were active and attentive participants. This 20% obtained a mediocre mathematics education through distance learning. The 80% opted for virtually no math education along with a year of backsliding.

Every day I posted the names of active students on the classroom website, acknowledging their focus, self-discipline, and diligence when skipping class was such an easy option. On two occasions, my principal, who invariably appeared on Zoom with a Che Guevara poster in the background, asked me not to recognize active participants: it was a mini-aggression for the students who tuned out. Can you believe it, she canceled the participation trophies!

This school year, many of that 20% active group, along with 80% of the inactive squares, were in my geometry class. Their grades were organized in a bimodal distribution: a group around A and B and a larger group around D and F.

See also  How college clubs can lead to professional careers

However, thanks to generous grading during the pandemic, students have no way of recognizing the bumps in their mathematical knowledge. Without remediation, few of that 80% will become STEM or knowledge workers. We can only speculate as to where they will ultimately land on the political spectrum.

Prof. Glaeser asks if employees will return to work in their city offices. The answer is clear, they won’t, at least not regularly. My four children each saved 30- to 45-minute commutes during the pandemic, and they have already discovered that the added value of an hour or two a day of personal time far outweighs the downside of fewer real-time interactions with co-workers.

Employers have also found that they can avoid large expenses by enabling remote work. They are unlikely to ruminate for long on the state of America’s inner cities. Unfortunately, it is a challenge for cities to change and adapt to new realities. 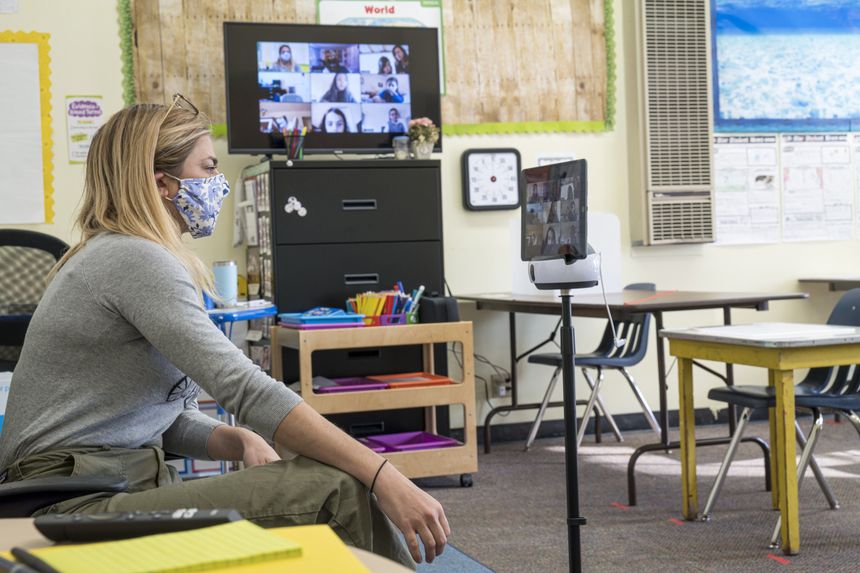