“You can always pick three Indian teams after the IPL with the amount of young talent coming through,” the RCB captain said after his team’s defeat to Rajasthan Royals in Qualifier 2 on Friday.

Royal Challengers Bangalore captain Faf du Plessis said he was proud of his team after their seven-wicket loss to Rajasthan Royals on Friday.

When we walked off the field, we felt we were missing a bit,” Royal Challengers Bangalore captain Faf du Plessis said after his team lost to Rajasthan Royals by seven wickets in the Indian Premier League 2022 Qualifier 2 on Friday.

“It was quite challenging with the new ball, it moved around a bit. But we got through the first six without much damage. It felt like Test cricket in that first session. More bounce really. Still, we felt 180 was par.

“Otherwise, I’m very proud. It’s been a great season for RCB. My first season to see how special the crowds have been for us. Harshal [Patel], DK [Dinesh Karthik], and all the guys picked for India deserve it I am proud of the team even though we were not at our best tonight and against a very strong Rajasthan Royals team,” he added.

Looking on the bright side of things, the skipper expressed optimism about the future and praised the domestic talent in the premier league. “There is some really nice young talent in our team, and you have a three-year plan. That’s what you’re looking to maximize. You can see how good Rajat [Patidar] has been after his arrival. A great future for Indian cricket You can always pick three Indian teams after the IPL with the amount of young talent coming through.”

“Our fans have been the most obvious thing. You go to any game anywhere and you hear RCB-RCB chants. The boys were excited when we heard RCB chants even when they were playing in Mumbai. So, congratulations to our fans, and thank you very much,” said du Plessis, expressing his gratitude to the franchise’s fervent fan base. 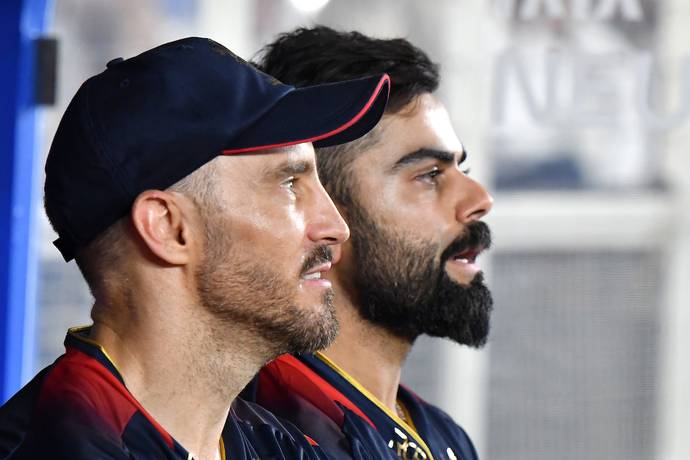