Why is Telugu Language Day celebrated? Know the history and significance

On this day, the Government of Andhra Pradesh provides funds and awards prizes with the objective of improving the Telugu language. The Department of Culture is responsible for organizing the day on behalf of the government. The date August 29 was chosen as Telugu Language Day to coincide with the birthday of Telugu poet, writer, and social visionary Gidugu Venkata Ramamurthy.

History Born in 1863, Gidugu Venkata Ramamurthy was a Telugu writer and one of the first modern Telugu linguists and social visionaries during British rule. He championed the cause of using a language understandable to the common man (‘Vyavaharika Bhasha’) as opposed to scholastic language (‘Grandhika Bhasha’). Ramamurthy was not only an expert in Telugu but also dabbled in many other languages. He wanted the Telugu taught in schools to reflect that spoken by native speakers and was also well versed in linguistic theory.

In his time there was only a poetic approach and it was never a prosaic treatment. He launched a monthly publication titled Telugu to drive his point home. Gidugu gave a social base to Telugu literature and rendered services to the tribals, especially the Savaras, in the Parlakimidi area of the Srikakulam agency area and worked tirelessly for the development of tribal languages. He gave Savara a script and prepared lexicons. During his research of the Savara language, he had to travel in the forests, which resulted in excessive use of quinine, so he became deaf. Significance: The fourth most spoken language in India is Telugu. There are about 8.11 crore, native Telugu speakers, according to the 2011 census. It is not just India where Telugu is spoken. In fact, the language is the largest member of the Dravidian language family and is spoken in Bahrain, Malaysia, Mauritius, the United States, Fiji, Singapore, the United Arab Emirates, and the United Kingdom.

See also  Metro services will start from today until 10 am, so passengers will not face any problems | Nagpur

Telugu is sometimes called “The Italian of the East” because Niccol de Conti, a 16th-century Italian traveler, discovered that the Telugu language ends with vowels just like the Italian language. The International Alphabet Association chose the language’s script as the second best in the world in 2012. 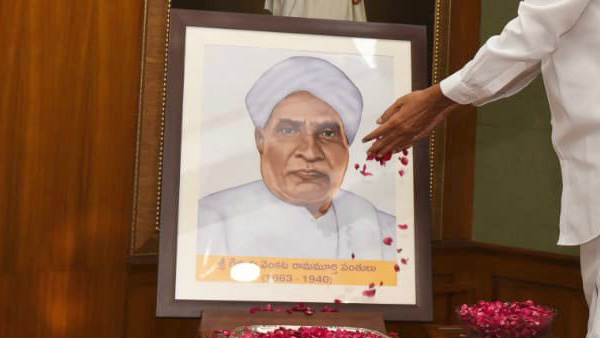