A confident Indian team looks set to dominate England with another dominant show in the second ODI at Lord’s on Thursday despite Virat Kohli’s doubtful groin and dismal form.

A confident Indian team looks set to dominate England with another dominant show in the second ODI at Lord’s on Thursday despite Virat Kohli’s dodgy groin and dismal form.

The former India captain, who is going through a prolonged bad spell, missed the first match due to a groin strain and it is still unclear whether he is fit for the second match.

Kohli’s poor show, however, has not affected the team much as he is playing extremely well in white ball games. After taking the T20 series 2-1, they cruised to a convincing 10-wicket win in the opening ODI.

While the negative aspect of Kohli’s absence is that the country’s top batsman is not performing solidly in pressure games, on the other hand, his poor form is an opportunity for others to show that they can win games on their own or at least on the big stage as Suryakumar Yadav did in the T20 International final in Nottingham.

“I was not playing in the last T20 match and he (Kohli) did not play today (Tuesday). I don’t have an update on his injury,” was all first match hero Jasprit Bumrah had to say when asked about the former skipper’s availability for the second game.

Groin strain can easily aggravate and turn into a proper tear if the player rushes into the thick of things.

A quick single or a quick turn during a double can unknowingly worsen a player’s condition if he or she takes the field without being 100 percent fit.

Sometimes, some injuries are a blessing in disguise for team management to avoid a tough decision and Kohli’s groin strain could be just that.

Rohit Sharma and his men expect the pitch at Lord’s to play like Oval, where the conditions helped them get lateral movement both in the air and off the track.

With Bumrah in the best form of his life and the ever-reliable Mohammed Shami ready to torment the opposition with his bag of tricks, skipper Rohit will focus more on Shreyas Iyer and his increasing problems in coping with the short ball.

Bowlers all over the world have sorted Iyer out with short-pitched stuff and his predictable shot movement towards the leg stump in an attempt to make room is no longer paying off.

A player of Deepak Hooda’s caliber is being made to sit out of formats due to the reputation of some players and so Iyer will feel the heat.

The conditions at Oval would have been a great learning experience for the flamboyant Mumbaikar, but the skipper himself with a wide range of horizontal bat strokes ensured that Iyer could simply cool off in the confines of the Indian dressing room during the series opener.

For Rohit, 58-ball-76 is a kind of assurance that his process has been sound and that he can play high-risk shots with a success rate.

A confident captain can make bold but prudent decisions and run under his belt will allow Rohit to be more adventurous with his decision at Lord’s.

A batting line-up that includes Jos Buttler, Joe Root, Ben Stokes, Jonny Bairstow, Jason Roy, and Liam Livingstone can chase away any bowling attack, but at The Oval, the tables turned 180 degrees on a surface conducive to close.

Lord’s has traditionally been a batsman, but when it comes to novice bowlers like Prasidh Krishna, it will also be a case of adapting to the famous slope of the Lord’s ground.

There are bowlers, who prefer to bowl uphill and others the other way around. Managing the slope is key to success at Lord’s, but the current Indian team is on a roll and could complete another series win with minimal fuss. 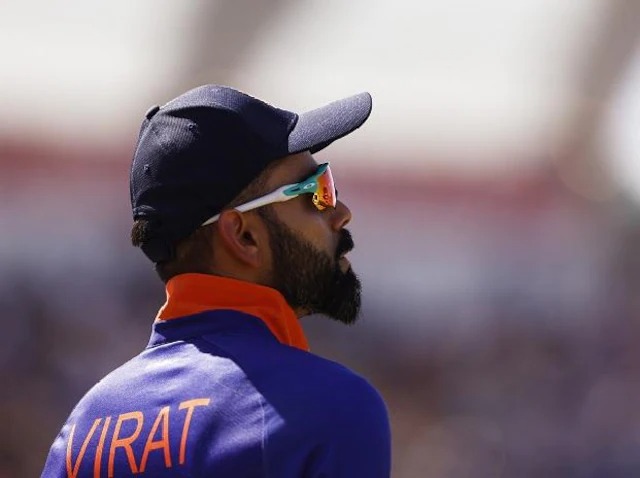