New Citroen C3 launch date: Very soon, Citroen will be launching its second vehicle in the market, which will be the new C3 SUV. The company has announced the launch date of this car and the bookings of Citroen C3 will start from July 1, 2022. The technical information of the new C3 has also come to light.

The launch date of the new Citroen C3: Citroen India will soon launch its second and new C3 in the market, the launch date of which has been officially announced by the company. The Citroen C3 will be launched in India on July 20, 2022, while the company will start taking pre-bookings for the car from July 1. Unveiled in September last year, the C3 SUV has been testing on Indian roads for quite some time. now. This car will compete with many cars like Tata Punch and Maruti Suzuki Ignis in the Indian market. In the new picture of the car that has surfaced on social media, all the information about its exterior has been revealed and this car will be the second product of the French manufacturer in India.

In the latest spy photos, the SUV is seen in the shape of the Citroen C3 hatchback without decals. The exterior is almost like a cross-hatch surrounded by black plastic cladding. It looks like a regular micro SUV like the Tata Punch. The front of the C3 has a tough hood that comes with Citroen’s and also seen here are the LED headlamps surrounding the dual slat grille. The rear of the SUV has wraparound taillights and chunky bumpers, which are finished in black plastic.

The new C3 can compete with cars like the Tata Punch and Ignis, but it will be a bit more expensive in terms of price. The company is producing it domestically, but despite this, this car will be expensive. The Citroen C3 is being built on the common modular platform that has a wheelbase of 2,540 mm. The company claims that passengers sitting in its rear seats will also have plenty of room. It’s ground clearance is 180 mm, which is slightly less than the Tata Punch. The cabin of the car has a 10-inch touchscreen infotainment system with Apple CarPlay and Android Auto connectivity. A 1-liter glovebox and 315-liter trunk have been included with the car.

Citroën has also disclosed the technical details of the new C3 and the new 1.2-liter gasoline engine that will be delivered with this car. This engine comes in two tunings, the first of which generates 81 hp and is usually mated to a 5-speed gearbox. The second number comes with an engine that produces a power output of 108 hp and a peak torque of 190 Nm, mated to a 6-speed manual transmission. The car’s turbo engine can accelerate from 0 to 100 km/h in 10 seconds and the new car can travel up to 19.8 km on one liter of gasoline. At the moment, the company has given no information about the automatic variant of the C3, although it is expected that the car will be launched with this gearbox. 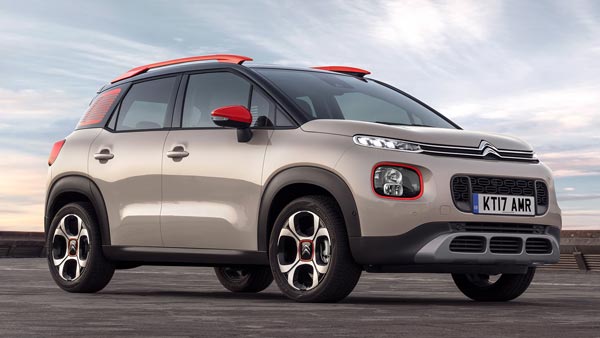