Everyone is being boycotted, Sushant Singh Rajput continues to trend every day, says Anurag Kashyap

One of Bollywood’s most celebrated filmmakers, Anurag Kashyap, known for his bold and unfiltered responses, has recently opened up on the cancellation culture. Laal Singh Chaddha starring Aamir Khan and Raksha Bandhan starring Akshay Kumar, slated for release on August 11, is the most recent film that has faced boycott calls from social media users.

Talking about the script being in demand, he said, “Today, if I have to do a Black Friday or Gangs of Wasseypur, I don’t think I can do it. Because I’ve seen it, I’ve tried, I’ve written a lot of scripts, but nobody takes it. There are no takers for a lot of films that are remotely about politics or religion.”

Talking about the boycott culture and how important it is these days to be boycotted, he added: “We are living in very strange times. Two years later, Sushant Singh Rajput is still trending every day. These are strange times, where everything is to be boycotted. It’s not just from one side, it’s happening from one side to the other. Everybody is being boycotted: political parties, the Indian cricket team, everybody. This country now has a boycott culture. if you are not being boycotted, then it doesn’t matter.”

About Dobaaraa, the film stars Tapsee Pannu. It is scheduled to hit the screens on August 19 this year. Interestingly, apart from Anurag Kashyap, Dobaaraa will also mark Taapsee’s reunion with Pavail Gulati. To note, Taapsee and Pavail had earlier shared the screen in Anubhav Sinha’s 2020 release Thappad. Directed by Anurag Kashyap, Dobaaraa is being jointly produced by Ekta Kapoor’s Cult Movies and Sunir Khetarpal’s Athena. 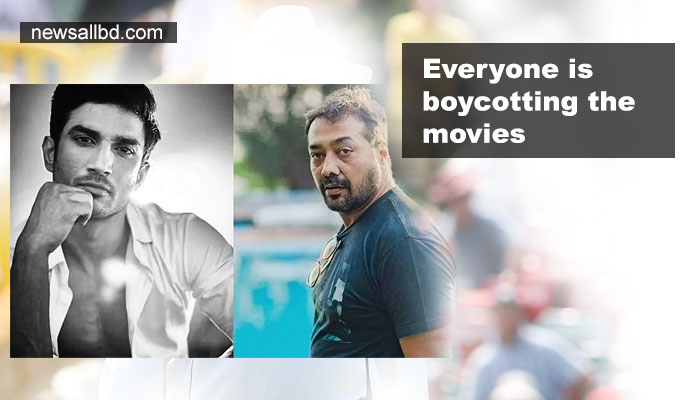