Actress Kangana Ranaut on Thursday backed up Telugu superstar Mahesh Babu’s comments that Bollywood can’t afford to do it, saying the actor only showed “respect” towards his industry and his comments shouldn’t turn into a controversy.

Asked to comment on Babu’s remarks at the trailer launch for his film Dhaakad, Kangana said: “He (Babu) was right to say that Bollywood can’t afford it, and I agree. I know a lot of filmmakers have addressed him.”

The Telugu star’s comments at a promotional event for Ella Major’s production company in Hyderabad recently sparked a controversy on social media.

On the spot, he had said, “I may sound arrogant, but I have received many offers in Hindi. But I think they can’t afford it. I don’t want to waste my time. With the stardom and love that I have here in Telugu cinema, I never thought of going to another industry.

The actor later clarified that he respects all languages ​​but that he was happy in his space in Telugu cinema.

Ranaut said that Babu was merely stating the facts. “His generation of him has single-handedly made the Telugu industry the number one film industry in India. Now Bollywood definitely can’t afford it. I don’t see why this should be made into a big controversy,” Kangana said.

The actress said she didn’t know in what sense Babu made those comments, but she and many others have often joked that “Hollywood can’t afford to pay us.”

“He (Babu) has just shown a lot of respect towards his industry and we can’t deny that Telugu cinema has grown in the last 10-15 years. Nothing has been handed to them. We just have a lot to learn from them.” she said.

The actress said that she did not want to go back to the linguistic divide between the two industries, since this “country has many languages ​​and they are all important. No language is greater or less than the other.”

Asked if Dhaakad will be a response to the successes of southern cinema across India, Kangana said: “I don’t think I have come here to respond (about this).”

Calling herself “the biggest cheerleader of South Indian cinema”, the actress said, “I was the first to start this theme that our regional cinema must do well. If there is one thing we should do together, (it is) save our Hollywood screens.

“It’s Hollywood that the Indian film industry has to watch out for,” she said.

Also starring Arjun Rampal and Divya Dutta, Dhaakad will be released on May 20. 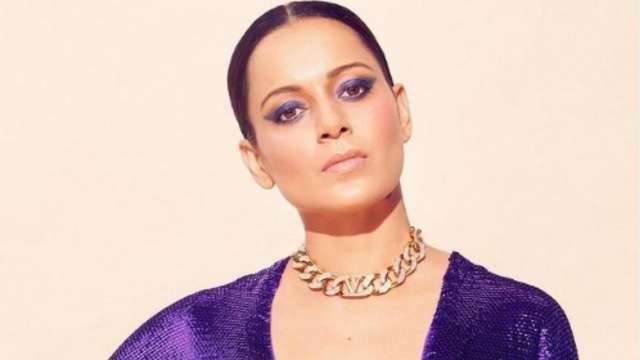