Best Places To Visit In Italy On A Short Holiday

You have a few days coming up in Italy and are trying to decide whether to spend it all in one gorgeous location, or to visit several of the country’s main attractions, centers, or cities. The choice is yours, depending on energy levels, and would certainly be made more seamless if you flew by a private jet charter.

Certainly, the best time to visit the nation famed for its pizza and gelato is either autumn (usually between September and November) or spring (over the months of March to May). Travel planners AudleyTravel.com advise that these months will offer temperatures that tourists tend to find more pleasant. If you like your space, you’ll also find that the main tourist attractions are less crowded and prices aren’t as high as they tend to be in the summer months of July and August.

A city break to Bologna may be an astute choice if romance is on the cards for your weekend break. Famous for its “often-imitated and endlessly adapted pasta dish”, this city tends to be described as dreamy, with its medieval origins, quaint alleyways, ramshackle Renaissance appeal, and local landmarks.

These range from the International Music Museum and Library, to the Bologna Botanical Gardens; so beautiful for a wandering, arm in arm. Enquire at your hotel about nature trails for horse-riding, hiking, and mountain biking, and don’t miss the Porta Delle Lame, when you’re taken by the need to explore the sights. This is the gate of the former outer medieval walls of the city, and the Glossatori Tombs, 13th-century gravestones dedicated to Bologna’s first university teachers.

Follow me to Tuscany
A favorite of many otherwise world-weary travelers, Tuscany, was brought to life in the 1996 novel by US author Frances Mayes, Under The Tuscan Sun. It shares her memoir of restoring a villa, Bramasole, and is a book that remained on the New York Times Bestseller list for more than two years. The problem with Tuscany is that the combination of the wine you will drink there, the food you will learn to cook and the way in which the scenery will strip you of stress and fatigue, are going to make it a little tough for you to leave after a short stay. What tends to happen then, is that you’ll be drawn back time and again, and will not have much opportunity to explore the remainder of the Italian countryside, especially if your leave tends to be offered in short spurts. The moral of the story is? Do your other Italian explorations first, and then retire to Tuscany thereafter!

City on the water
Perhaps Venice is the Italian city to frequent first, with Travel Triangle warning travelers that it may, well, disappear by 2035. Yes, the floating city is “slowly submerging. Its dramatic canals are sinking… The loss to the romantic world will be irreplaceable,” writes Aashna Jawal. While there, and over and above the evening gondola ride that comes highly recommended along its crisscrossing canals, other key attractions include St Mark’s Basilica, the Piazza San Marco, and the Bridge of Sighs. Planetware provides a helpful resource on how to navigate the city’s six-seater, or neighborhoods so that you don’t miss a single church, museum, or square on your bucket list.

When in Rome
If you did Latin at school, you’ll already have a wealth of knowledge about the Roman Empire, with its massive Colosseum that could accommodate up to 55 000 spectators during a gladiator battle. An impressive fact for you: according to Roman statesman Lucius Cassius Dio, as many as 9 000 wild animals were killed during the 100 days of celebrations that followed the amphitheater’s opening. Located at Rome’s Piazza del Colosseo, the Colosseum covers an area of 2Ha and stands 48m high. Yes, a visit to Rome is all about allowing tourists to become educated on exactly how, and when, Western Civilisation made some of its most astounding progressions, but is also a mecca for the art and theatre lover or the archaeological enthusiast. Don’t miss St Peter’s Basilica, which takes its place as the world’s largest and grandest church, or the Trevi Fountain, whose mesmerizing existence can be attributed to the reintroduction of the lotto in Rome, by Pope Clement. Find out more at WalksOfItaly.com.

There is much more to Italy, from Pantellaria’s warm waters and volcanic mud (think: spa spoils) to Sicily’s irresistibly charming fishing villages (think: Mediterranean delicacies). Or, if you’re a fashionista, you could opt to spend your long weekend in Milan, perhaps over the city’s June or September Fashion Weeks so as to tune in to the world’s newest runway trends.

Yes, Milan is the undisputed fashion capital of the world, with excellent shopping at the Galleria Vittoria Emmanuelle II and the Quadrilaterod Della Moda centers. 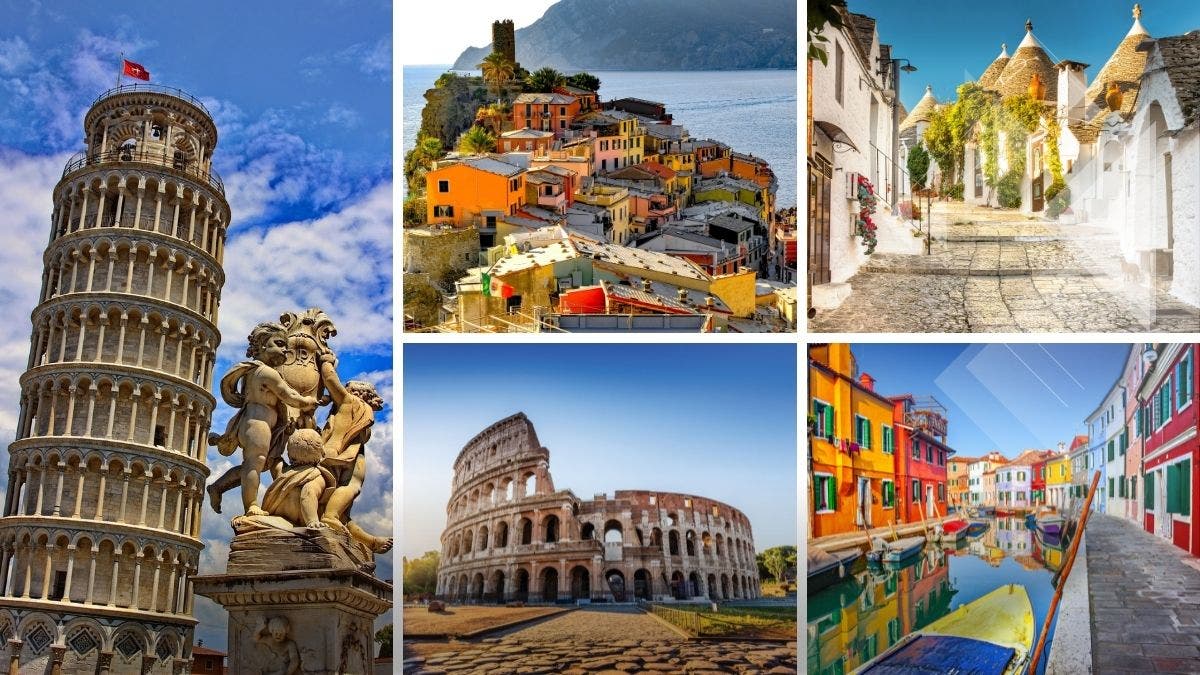