Avinash used to run six kilometers a day to school. From here he got used to running and after joining the Indian Army, he kept improving. Now he has done wonders for the country.

Avinash Sable has made history by winning a silver medal in the 2022 Commonwealth Games. He finished his race in the 3000 m steeplechase in 8:11.20 seconds. Along with this, he also improved his national record. His previous performance was 8:12.48 seconds. Since 1998, Kenyan athletes have been winning medals in the steeplechase. In the last six Commonwealth Games, Kenyan players won the gold, silver, and bronze medals, but in 2022, Avinash broke the chain and entered the Kenyan stronghold. This year he won the silver medal and missed the gold medal by just 0.05 seconds.

Avinash has been in great form this year and consistently broke national records. After this, medals were expected from him at the Commonwealth Games and Avinash improved his performance and won the silver medal. However, the journey this far has not been easy for Avinash. At the age of 18, he joined the army and things came very easy for him, but before that, his life has been full of challenges.
Avinash
He was born in the year 1994 to a farming family. There was no school bus in his village. In such a situation, Avinash had to go to school by running six kilometers every day. At that time he did not know that this habit of his would win him a Commonwealth medal, but for his studies, he used to run six kilometers every day. After passing the 12th examination, Avinash was selected for the Indian Army. Things became easier for him from here on, but now he faced new challenges.

At the age of just 18, Avinash joined the army and was posted to Siachen Glacier. After living in Siachen till 2013-14, he was posted to the desert areas of Rajasthan. After that, he was posted to Sikkim. In 2017, the Army coach advised him to run in the steeplechase and a year later he broke the national record. After that, he has done it nine times. Now he has made history by winning his first Commonwealth medal. His medal prospects have also increased at the Paris Olympics. 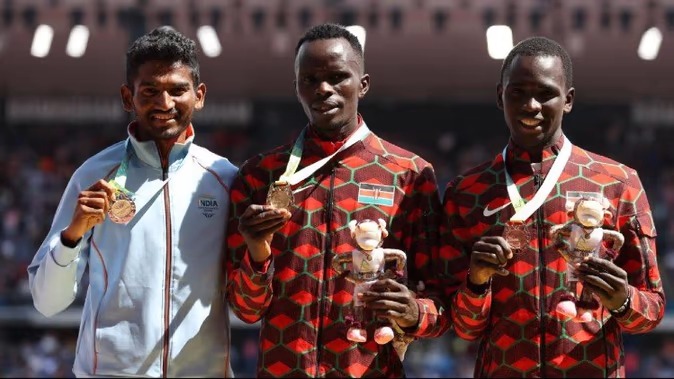