A new world record has been set for the longest fingernails: 42 feet

Diana has been growing her nails for more than 25 years.

The longest nail she has is 4 feet, 6.7 inches: her right thumbnail. Her shortest left pinky nail is 3 feet 7 inches long.

The last time Diana cut her nails was in 1997. That’s a year before Hairball and Studio Helper Megan were born if that gives you any idea how long it’s been.

Shortly after the trim, a tragic accident forced her to never trim them again.

While at the store, she received a phone call from her youngest daughter, a call no parent wants to receive.

“In the store, my youngest daughter called me and said, ‘Ma, Tisha won’t wake up.'”

At just 16 years old, Diana’s daughter Latisha passed away in her sleep from an asthma attack.

“That was the worst day of my life.”

Diana always had longer than normal fingernails, but it was because Latisha got them done every weekend.

“She was the only one who did my nails. She buffed them and filed them,” Diana told Guinness World Records. “She did my nails the night before. We were up all night, so I couldn’t cut my nails after that.”

Her children wanted her to cut her nails, but after she explained the reason for not cutting them, they understood.

“Every time I look at my nails I think of my daughter. I think she’s my guardian angel.” 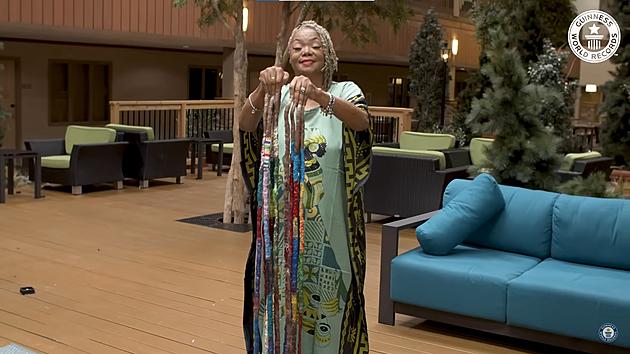