Rakshit Shetty-Starrer ‘777 Charlie’ recently hit the theaters and created quite a buzz among fans. Take a look at how the fans are reacting.

Kannada hero Rakshit Shetty has ventured into Tollywood with his latest dubbing film Charlie 777. The film is directed by Kiranraj K and is an adventure drama involving a Labrador dog in a crucial role. The movie was originally made in Kannada and is dubbed in Tamil, Telugu, and Malayalam.

Charlie 777 is a story about Dharma, a reckless and lonely factory worker, who works in the factory during the morning, drinks at night, and idly enjoys every morning. He is picked up by a stray Labrador retriever he names Charlie. He initially wants to give the dog up for adoption, but they bond in an unusual way. Charlie and Dharma’s life and struggles unfold as Dharma finds his purpose.

A heart-warming movie.. About the bond between a Man and his dog..

A journey of self-discovery..

777 Charlie, named after the Labrador retriever in the film, stars Sangeetha Sringeri, Raj B Shetty, Danish Sait, and Bobby Simha in prominent roles. Directed by Kiranraj K, 777 Charlie had a limited theatrical release on June 2, 2022, followed by the theatrical release on June 10, 2022. While Rakshit Shetty essayed the lead role of Dharma, other notable cast members included Charlie as Charlie, the dog, Sangeetha Sringeri. as Devika, Danish Sait as Karshan Roy, Raj B. Shetty as Dr. Ashwin Kumar, and Bobby Simha, among others.

#777Charlie : An endearing man-dog relationship based film that smacks in a solid amount of emotions into its storyline and makes us tear up at the end. @rakshitshetty delivers a top notch performance and the dog Charlie is an absolute charmer. Don't miss it.

The unit shot the film in Mysore, Bangalore, Dandeli forests, Kodaikanal, Goa, Gujarat, Rajasthan, and Punjab. The film’s music was composed by Nobin Paul. The film, financed by Rakshit Shetty and GS Gupta under Paramvah Studios, was released worldwide. 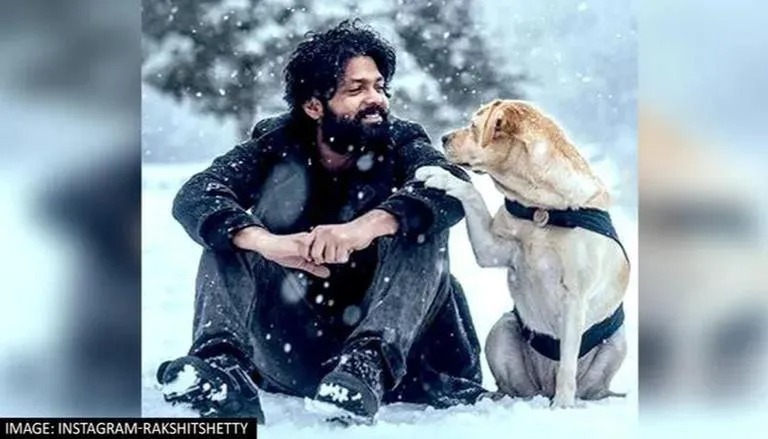