Veteran politician Vinayak Mete died in a road accident on the Mumbai-Pune highway in the wee hours of Sunday.

Shiv Sangram chief Vinayak Mete was killed in a car accident on the Mumbai-Pune highway near Khopoli town, 70 kilometers from Mumbai city. According to police, the accident occurred near Madap tunnel at 5:30 am this morning when the car in which the Shiv Sangram leader was traveling hit the hillock due to a technical fault.

NCP MP and Sharad Pawar’s daughter, Supriya Sule, tweeted and called the incident “very sad.” “We pray that the Mete family gets the strength to bear this suffering. A heartfelt tribute,” Sule tweeted.

Mete was elected unopposed as MLC under the BJP quota in 2016, but failed to get a seat in the new alliance government with Eknath Shinde as the BJP did not give a seat to any of its allies, including Shiv Sangram. Shiv Sangram from Mete does not have a major electoral presence in the Maharashtra state assembly, but he had a large following in parts of the Marathwada region among the Maratha community. 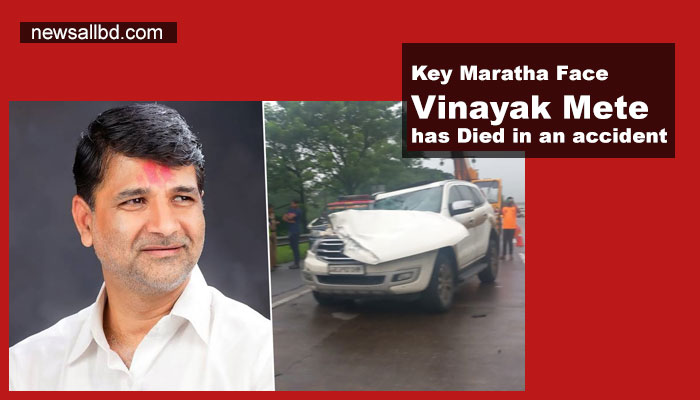