World Elephant Day is celebrated at the famous Nanadankanananan Zoo here in Bhubaneswar on Friday.

Bhubaneswar: Nandankananan Zoo Park on Friday observes World Elephant Day and spreads awareness about the preservation and protection of jumbos in the state.

To commemorate the day, jumbos were fed sugarcane, banana, watermelon, and apple, among other fruits. Mahut of elephants was felicitated in the presence of deputy director Sanjit Kumar of the zoo.

Meanwhile, Animal Welfare Foundation Trust launched a protest outside the office of the Chief Conservator of Forests on Friday criticizing the state government’s failure to protect elephants. Wearing an elephant mascot, they blamed the government for the death of elephants in Badamba, Athagarh, and Sambalpur. “At a time when elephant poachers are having a field day, the Forest Department is doing little for the protection of pachyderms. That is why Odisha remains the graveyard of elephants.” protesters demanded. 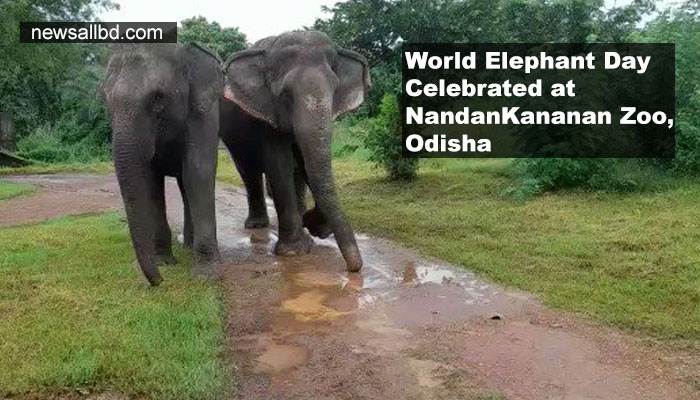