One year of Taliban rule in Afghanistan: what it means for women’s rights and food security

Many women in Afghanistan have come forward with their stories of crippled rights and almost no freedom under Taliban rule in the country.

The Taliban government completed a full year of legitimacy in August 2022. The Taliban takeover of Afghanistan led to much displacement and poverty for the country’s people, and many of them attempted to flee to neighboring countries to protect their families from the Islamist militant. group.

As the Taliban celebrated the anniversary of their takeover of Afghanistan, almost all women and girls in the country are suffering because most of their basic rights have been trampled by the new regime. The fundamentalist group has put in place a host of rules that impinge on the human rights of women and girls, including new education and dress guidelines for them.

One of the most stringent rules imposed by the Taliban, which was condemned internationally, was the new dress guidelines, where Afghan women were urged to comply with the “head-to-toe” covered rule in the country, meaning they must keep their entire body covered while in public.

Another rule that drew much criticism and protests from women in Afghanistan was the gender segregation in schools and educational institutes, where male and female classmates had to sit in different classrooms, limiting their interaction with each other.

The situation in Afghanistan is an ongoing crisis and seems to have been forgotten on the world stage. Since Afghanistan is a member of the UN, the UN Human Rights Council should hold the Taliban more accountable for their denial of human rights, especially to women and girls. Individual countries should also increase their foreign aid to Afghan citizens. This can be accomplished by making exceptions to policies, such as the one maintained in Canada, which could prohibit aid agencies from dealing with terrorists. Although this policy is fairly common, it recently prevented two containers of food from being sent to Afghanistan. Critics have urged Canada to be flexible and circumvent this policy in these exceptional circumstances as many other countries have done.

These events take place against a protracted backdrop of war and insecurity in Afghanistan. The country has been in a state of conflict since 1978 and in a state of war since 2001. The Taliban took control of the country a year ago after the United States withdrew all of its forces from the country. More information about the war in Afghanistan can be found on OWP’s Crisis Index page.

Millions of people are living in oppressive and insecure conditions in Afghanistan today. Without action from the international community, the Taliban will continue their repressive rule. Afghan women and girls will be denied their right to education and many other freedoms; citizens across the country will go hungry; people will continue to live in a state of uncertainty, insecurity, and fear. After more than 40 years of conflict, it is time to work to restore a state of peace for the people of Afghanistan. 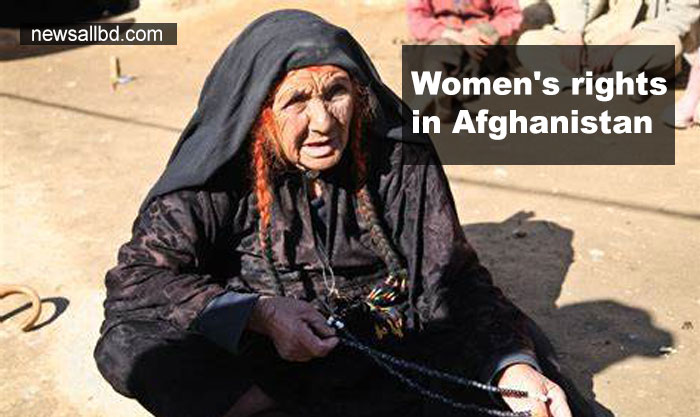