What can animals tell us about emotions?

Do elephants cry in grief and squirrels run away in fear, or are they just reflexes? Scientists are looking at the mental states of animals to understand the mental health of humans.

To a neuroscientist like me, the inner workings of our emotional brains seem as mysterious as the inner workings of a black hole must have seemed to an astrophysicist like my late father. Yet everyone seems to think they understand emotions because, unlike black holes, we experience them in our everyday lives. This disconnect between what we really know, and what we think we know, about emotions has led to considerable confusion and heated debate.

Some leading brain researchers have argued that “emotions” are something that can only be studied in humans, and not in animals. To those of us who are pet owners, this position seems absurd. Isn’t it obvious that our dogs and cats, including mine, have emotions? It can be, but intuition is not enough. We have to look for evidence because animals are not little people in stuffed costumes and we can be fooled.

We usually attribute emotions to an animal species with which we identify. If a squirrel in Central Park freezes or runs away from me, it must be scared, because I would be scared if I met an animal 12 times taller than me. However, without access to the inner life of the animal, how can we be sure that it is not simply an automatic reflex? If a fruit fly freezes or jumps away from us, is it “scared” too? If it’s just a reflection, why wouldn’t it be the squirrel’s too?

The temptation to project our own feelings onto other species is strong, especially other mammals. The monkeys cavorting with each other must be enjoying themselves. An elephant’s eyes lose fluid when a relative dies; We deduce that he is sad. Our dogs roll on their backs with their paws in the air; we deduce that they are happy to see us. Whales singing in the deep ocean sound lonely and lions roaring after a kill must feel “triumphant.”

But even we are willing to attribute emotions to animals that are nothing like us. A captive octopus that changes color when children bang on its fish tank invites us to believe that it is expressing irritation. But it’s possible that it’s simply trying, by reflex, to match its skin coloration to the flickering reflections of its human visitors. Furthermore, if we insist that the octopus has emotions, why not its molluscan cousins? When a scallop encounters a predatory starfish, she quickly opens and closes her shells as she somersaults to safety; is that panic? We often refer to bees that leave their hive to attack an intruder as “raging.” If so, are fighting fruit flies (yes, even males fighting over females) “angry” too? Or is it that all these diverse creatures are just performing automatic survival behaviors, hardwired into their brains over eons of evolution? This is more than just an academic question. Answers about animals could provide much-needed help for human mental health research. Due to our lack of understanding of how the brain controls emotions, there has hardly been a fundamentally new drug to treat mental illness in the last 50 years. In fact, most pharmaceutical and biotech companies have abandoned the search after costly failures.

Current treatments for serious psychiatric illnesses such as depression, schizophrenia, or bipolar disorder remain inadequate, and those that do work often have detrimental side effects, probably because most of these drugs simply flood the brain with chemicals like serotonin or dopamine. It’s like changing the oil in a car by opening the hood and pouring a can of lube all over the engine, hoping some of it ends up in the right place. Maybe so, but a lot of it will leak into places where it does more harm than good.

Even fruit flies can display emotional states in their flight behavior when repeatedly exposed to a passing shadow.

Human research on mental health and emotions is often based on brain scans. But these studies can only identify correlations, not causes and effects. To do this, you have to enter and disrupt the brain, its neurons, and its circuitry. For ethical reasons, this cannot be done in human subjects; we need neuroscientific studies

My Caltech colleague Ralph Adolphs and I have argued that to study emotions in animals we must go beyond “feelings,” since animals cannot communicate them to us. Conscious feelings in humans are just the exposed tip of the brain’s emotional iceberg; there is a huge unconscious part below the surface that we share with many other creatures. The part that is below the surface includes internal brain states or characteristic patterns of electrical and chemical activity. These brain states, the building blocks of emotion, are manifested by behaviors that have telltale signs that distinguish them from reflexes.

One of those building blocks is “scalability.” Emotional behaviors often escalate in intensity, from threats to attacks or from snot to sobs. Instead, reflexes tend to be all or nothing. Another feature is “persistence”. Emotional behaviors tend to persist after the inciting stimulus wears off, whereas reflexes end quickly. And unlike reflexes, internal emotional states show “generalization.” For humans, a bad day at the office will influence their response to a screaming child at home, and animals have their own equivalents.

Recent research has revealed evidence of these emotional states in “fight or flight” responses in both mice and fruit flies. For example, mice briefly exposed to a natural predator show persistent avoidance of open spaces lasting minutes, indicating persistence. Also, their responses shift from avoidance to freezing to running and jumping as the predator approaches. Male mice exposed to a predator delay resuming interrupted mating or feeding until some time has passed, indicating generalization. These indicators collectively suggest that the response to the predator is not simply a reflex, but rather a manifestation of an internal brain state of defensive arousal or threat alertness.

Even fruit flies can display emotional states in their flight behavior when repeatedly exposed to a passing shadow (mimicking an approaching aerial predator). If the flies are encased in transparent sand so they can’t fly away, their response intensifies with each successive step of the shade, from interrupting feeding to running around the perimeter of the sand and jumping like popcorn. These responses persist for minutes after the shadows have ended, as the flies gradually “calm down” and return to their food. These tiny insects behave much like birds that scatter among the trees when one approaches their feeder, gradually returning to their food only after a while when the danger has passed.

See also  Iron accumulation in the brain may increase the risk of movement disorders: study

Once we have identified the behaviors that exhibit emotions in a given species, we can use powerful new neuroscientific methods to understand how they are generated. In one of these methods, called optogenetics, specific populations of neurons are genetically modified to activate proteins that convert light into electricity. Neurons can be turned on or off by flipping a switch that sends pulses of light through tiny optical fibers inserted into the brain. Using these methods, my lab and others have discovered small clusters of neurons in a brain region called the hypothalamus that controls the strength and duration of states of fear or aggression in mice. Optogenetics cannot yet be performed in humans, for technical reasons and because the long-term safety of the necessary genetic modifications is not yet known.

If we better understand the neurons, circuits, and chemistry that control internal emotional states, we may be able to develop new drugs or brain-stimulating therapies that target these neurons exclusively. Treatment of this type would be, in effect, like pouring the oil only in the part of the engine that corresponds to it. To get to that point you have to study the emotions in animals.

Dr. Anderson, professor of biology at California Institute of Technology, is the author of “The Nature of the Beast: How Our Emotions Guide Us” (Basic Books), from which this essay is adapted. 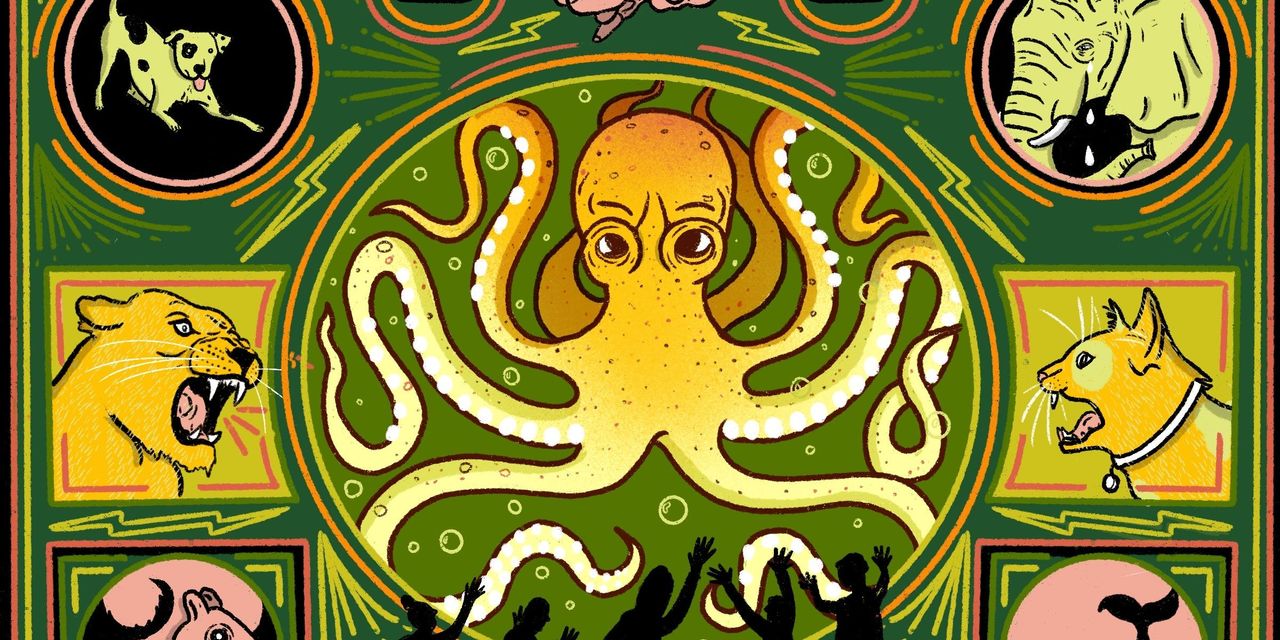