The reality of sexual abuse is always ignored in India in the case of minors.

India is a home for all Indian citizens, but this place is not safe for minors. Every day we receive news stories that address child sexual abuse. In India, there is still 70 percent of children are sexually abused by someone. The year 2007 is when everyone was shocked because the Ministry of Women and Child Development conducted classes to understand the importance of child abuse in India. They found that 53.22% of children faced this problem of sexual abuse. Though the large scale of minors comes under the list of abuse. Who has no idea what happens to them? Almost 52.94% of innocent children had been sexually abused in their school, playground, or park. Well, it is safe to say that sexual abuse is a big crime that has no gender. It can happen to anyone. The Protection of Children from Sexual Offences Act, better known as (POCSO, 2012), was made after the alarming survey conducted by the Ministry of Women and Child Welfare, which highlights the percentage of sexual abuse of male children. The shocking news is that in India there was a high ratio of male to female victims. The Act endeavors to augment the ambiguities that were present in the Indian Pen Code of 1860 regarding sexual abuse of children, especially of younger ages of children in India. All this has explained the different categories of sexual abuse including discriminatory offense, non-discriminatory offense, sexual abuse, and indecency.

The main feature of this Act was to ensure the continuation of a child-friendly environment even after the consummation of the proceedings. The POCOS Act took the decision to give punishment to the offenders. It has happened in India where children are victims and were recognized for sexual abuse. The rise of sexual abuse in India India is a huge and densely populated country, but many major problems occur here, such as rape, molestation, and a number of murders. These are various types of things that happen in India every day. Sexual abuse is a crime and many underage citizens, such as children of young age groups, still face sexual harassment throughout their lives. Many minors in India are victims and do not even know what is happening to them. Minor male age groups are mostly sexually assaulted by persons of the same gender. There is a news update of a minor boy who has faced the darker side of his life. After a long conversation, the boy said that he was raped by people of the same gender. After hearing this painful story, the widespread belief that male children cannot be victims of sexual abuse. In this publication, we analyze the information extracted and quoted from the 2007 report on child abuse in India by the Ministry of Women and Child Welfare. Only this time our entire focus is on minor male victims.

What is sexual abuse?

The definition of child sexual abuse includes a large number of illegitimate activities. Although the situations that authorize sexual abuse are:

How to protect and save children from sexual abuse?

If you teach your child about rape or explain about good and bad touching, your child will have a rough idea about sexual abuse. Tell your children that if someone touches their intimate part or touches their bottom or presses on body parts. Do not take any food from a stranger or drink water or any form of liquid from others. Explain to your child about sex play. Sexual abuse information About 66% of children are victims of sexual assault. Most people between the ages of 12 and 17 are raped in India every day. 34% were minors. According to information from the Department of Justice, RAINN (Rape, Abuse and Incest National Network), is the largest anti-sexual violence organization in the United States. Between 2009 and 2013, Child Protective Services agencies corroborated or obtained strong evidence to reveal that 63,000 children in one year were victims of sexual abuse.

This statement is said by RAINN and is based on sexual abuse data from the U.S. Department of Health and Human Services. It is evident from many investigations that there are many victims and abusers within the organization because many children do not want to disclose incidents that happened to them. One in 53 children under the age of 18 are victims but faced sexual harassment or assault by someone and the remaining 93% of the time, child victims know the offender. Although most offenders who sexually abuse children are adult men, this type of abuse is not mandatory. In 2013, about 47,000 men and 5,000 women were found to have committed ostensible child molestation, according to the CPS statement cited by RAINN.

See also  27 dead and several feared trapped in the massive fire that has engulfed a building in Mundka, Delhi; rescue operations are underway 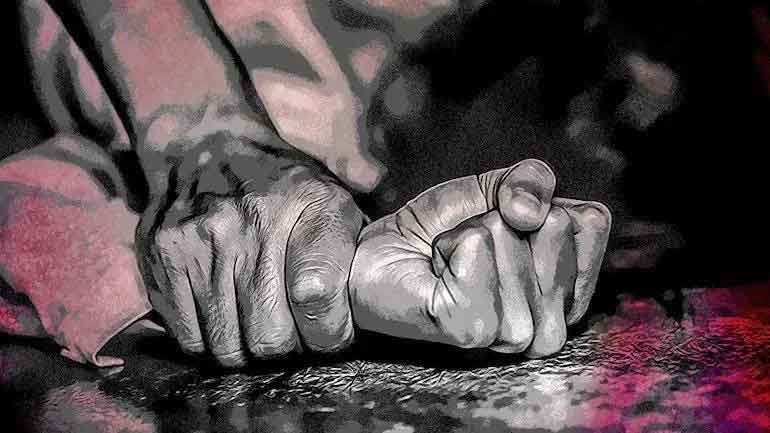