Suryakumar Yadav did not sleep all night, his wife shared the video and kept watching it on the cell phone.

New Delhi: In the last T20, all the legends failed one after another, but it was Surya Kumar Yadav’s century, so the Indian team was alive in the match till 20 over. Surya scored 117 runs in 55 balls with 14 fours and six sixes. With Shreyas Iyer (28) sharing a 62-ball 119 for the fourth wicket, the team recovered from three hits in the powerplay, but could not win. In reply to England’s 215 runs, India (India vs England) could manage only 198 runs for nine wickets in 20 overs. Suryakumar’s maiden T20 century was in vain.

Suryakumar Yadav is only the fifth Indian to score a century in a T20 international match for India. Before Surya, only Suresh Raina, Rohit Sharma, KL Rahul, and Deepak Hooda have been able to do this feat. The right-handed batsman did not sleep all night after the match ended. Keep watching the highlights of your innings on your mobile. Replayed one after the other, paying attention to the shots. Wife Devisha Shetty has uploaded a video on social media (Suryakumar Yadav’s wife Devisha Shetty).

Suryakumar’s wife shared a video story on her Insta story, in which Suryakumar is watching highlights of his century on mobile. Apart from this, she has also uploaded a photo before and after the match. The Indian team, who already won the series, rested their main bowler Jasprit Bumrah, in-form Bhuvneshwar Kumar, and Yuzvendra Chahal, besides star all-rounder Hardik Pandya in this match. With this, England scored many runs against India’s second-class bowling attack.

See also  Har Ghar Tiranga: how to register on the official site to hoist tricolour. Check the steps here 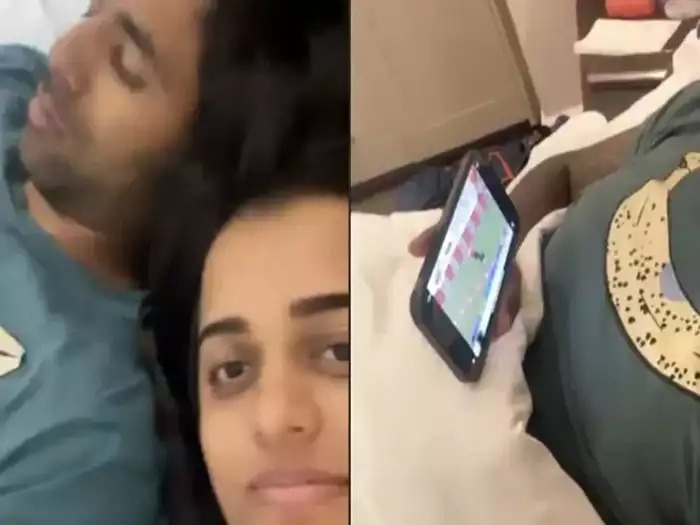