The best version of Spider-Man will be seen in Across the Spider-verse and Beyond the Spider-verse.
The most innovative comic book project in recent years, Into the Spider-verse, finally gave us an update on its upcoming sequels. Developed by Sony Animation, this film features the largest crew ever used on an animated film. Producers Lord and Miller were recently at Cinemacon to show some footage and reveal release dates for their Spider-verse trilogy.

Here’s @philiplord & me running to get back to work after showing the CinemaCon crowd footage from Spider-Man: Across The Spider-Verse & announcing the title of the following movie —
Spider-Man: Beyond The Spider-Verse.
Those hyphens & colons don’t make themselves! pic.twitter.com/QM9SOOQYSb

Across the Spider-verse will be released next year.

The Inventive Duo: Lord and Miller

Lord and Miller, the dynamic creative duo responsible for the inventive Into the Spider-verse will also produce these two films. They have previously made the hit comedy Cop Buddy 22 and 23 Jump Street, as well as the recent Apple TV series The Afterparty. They also produced the Sony/Netflix animated film Mitchells Vs The Machines, which was nominated for Best Animated Feature at the Academy Awards this year.

Watch: Spider-Man: Across The Spider-verse

The duo has a distinctive directing/producing style in which they combine great humor with an equally engaging story. With Spiderverse they have broken the boundaries of what an animated film can do. It was like living inside a Spider-Man comic book. To take it to an even larger scale, they need more time to develop the film to perfection, they revealed.

So what will Across the Spiderverse bring?
After showing us Miles Morales’ origin story in the first part, the sequel will bring more details about Miles’ journey to become the Spider-Man we know and love. But this time we’ll be going deeper into the multiverse they had established before. In the images shown at Cinemacon, we get to see more of Gwen Stacy’s Spider-Woman. She is shown in a battle against the Vulture.

But the Vulture is too strong for her and then Spider-Man from the future – Miguel O’Hara, aka Spider-Man 2099, comes out to help her. The producers also gave the first look at Jessica Drew, who is another Spider-Woman in the Spidey multiverse. After showing the footage, Lord and Miller said that while this film will delve deeper into the multiverse, the focus will still be on Miles’ story as we explore these other Spider-People.

‘ACROSS THE SPIDER-VERSE’ has the largest crew of an animated movie ever.

The film includes 240 characters and takes place in 6 universes.

“Miles’ story is epic,” Lord and Miller said in an interview with EW. “We wrote what we thought the story should be and, to our surprise, we realized it was two movies instead of one. We’re working on both as we speak. The second part will come out sometime in 2023. We will sleep again in 2024.”

Miguel O’Hara will be voiced by new Marvel star Oscar Isaac, who plays the lead role of Steven Grant/Marc Spector/Moonknight in the Disney plus TV series. 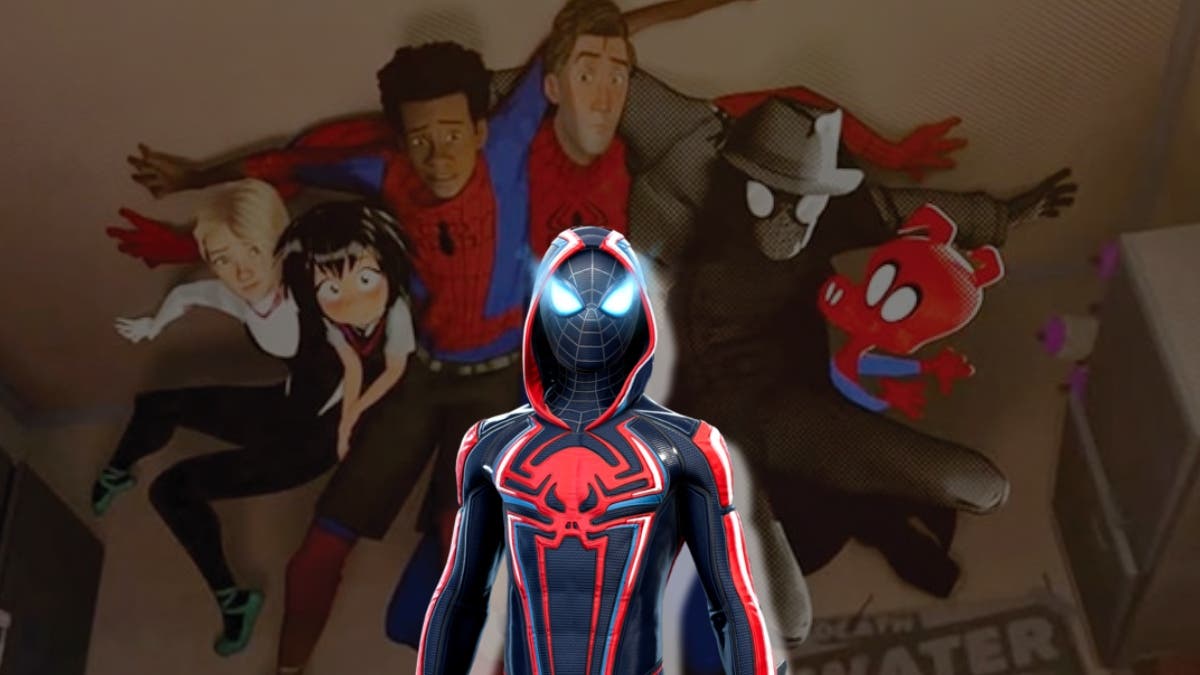