Shaheen Shah Afridi has been ruled out of the Asia Cup, as well as the seven-match T20I series at home against England in September, due to a knee injury. He faces a race against time to be fit for the T20 World Cup, starting in October, after the PCB’s medical advisory committee advised him “four-six weeks rest”.

Every player of our playing 11 is a match winner. Wishing my team the best of luck for upcoming Asia Cup.

To the fans, keep me in your prayers for my quick recovery. I'll be back soon Inshallah pic.twitter.com/jW9gGpWWQX

Afridi injured his right knee ligament while playing during the first Test against Sri Lanka in July and has been out of action since then. According to the PCB, he is expected to return to action in the T20I tri-series in New Zealand, also involving Bangladesh, which will start on October 7, just 16 days after Pakistan’s T20 World Cup opener against India.

“I spoke to Shaheen and he is understandably upset with the news, but he is a brave young man who has vowed to come back strongly to serve his country and his team. While he has made progress during his rehabilitation in Rotterdam, it is now clear that he will require more time and is likely to return to competitive cricket in October,” said Dr. Najeebullah Soomro, PCB’s medical director.

“PCB’s Department of Sports and Exercise Medicine will be working closely with the player over the next few weeks to ensure his safe return to competitive cricket,” he added.

See also  Virat Kohli: A netizen who wants to say about King Kohli in one word. Akhtar's response is overwhelming.

After Shaheen Shah Afridi was ruled out of the Asia Cup, Mohammad Amir started trending on Twitter as fans wanted Pakistan Cricket Board (PCB) to name him as Shaheen’s replacement.

Pakistan received a body blow on Saturday when speedster Shaheen Shah Afridi was ruled out of the upcoming Asia Cup due to injury. The 22-year-old has been advised to rest for the next 4-6 weeks and would therefore miss the Asia Cup and the home series against England. After the pacer was ruled out of the Asia Cup, another Pakistan pacer, Mohammad Amir, started trending on Twitter as fans wanted Pakistan Cricket Board (PCB) to name him as Shaheen’s replacement. 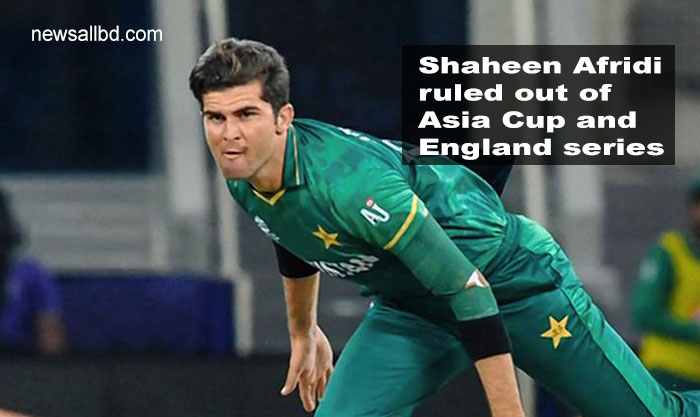