Queen Elizabeth II died at the age of 96

Queen Elizabeth II, the longest-serving monarch in the United Kingdom, died at Balmoral at the age of 96, after reigning for 70 years.

She died peacefully Thursday afternoon at her Scottish estate, where she had spent much of the summer.

The Queen came to the throne in 1952 and witnessed enormous social change.

Her son, King Charles III, said his beloved mother’s death was a “moment of great sadness” for him and his family and that her loss would be “deeply felt” around the world.

He said, “We deeply regret the passing of a beloved sovereign and a much-loved mother.

“I know that her loss will be deeply felt across the country, the realms, and the Commonwealth, and by countless people around the world.”

During the upcoming period of mourning, he said he and his family would be “comforted and sustained by our knowledge of the respect and deep affection in which the queen was held.”

The king and his wife, Camilla, now queen consort, will return to London on Friday, Buckingham Palace said. He is expected to address the nation on Friday.

Senior royals had gathered at Balmoral after the Queen’s doctors became concerned about her health earlier in the day. 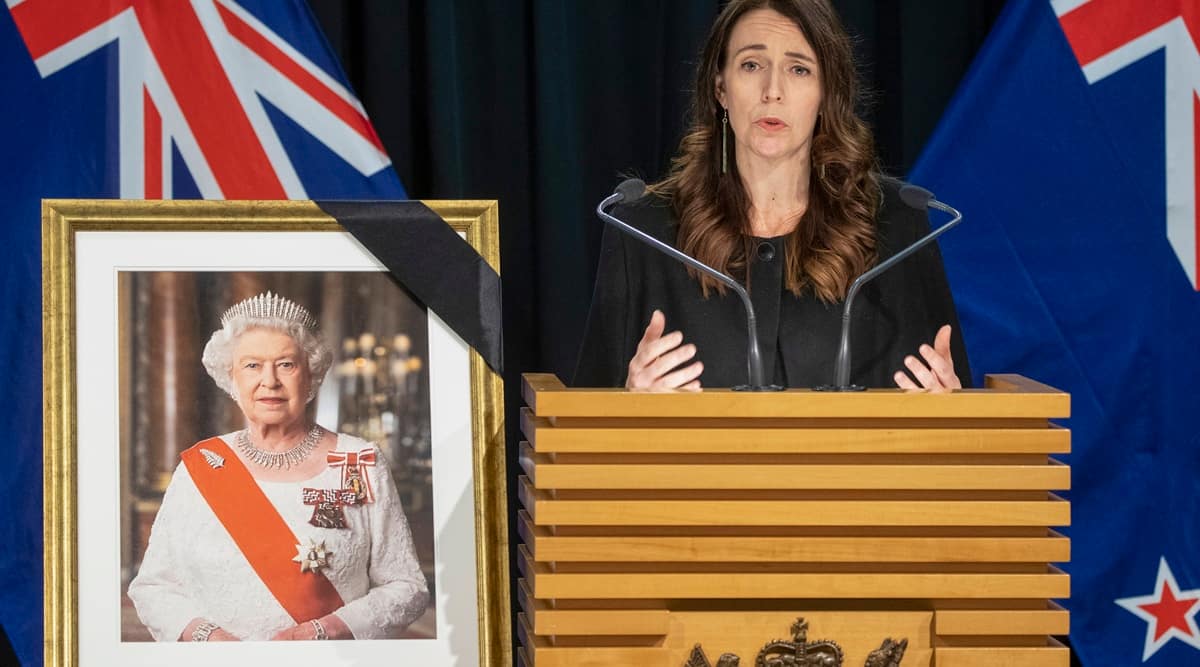 All of the Queen’s children traveled to Balmoral, near Aberdeen, after doctors placed the Queen under medical supervision.

The Queen was born Elizabeth Alexandra Mary Windsor, in Mayfair, London, on April 21, 1926.

Few could have predicted that she would become monarch, but in December 1936 her uncle, Edward VIII, abdicated the throne to marry twice-divorced American Wallis Simpson.

Elizabeth’s father became King George VI and, at age 10, Lilibet, as she was known in the family, became heir to the throne.

Within three years, Britain was at war with Nazi Germany. Elizabeth and her younger sister, Princess Margaret, spent much of the war at Windsor Castle after their parents rejected suggestions that they are evacuated to Canada.

After turning 18, Elizabeth spent five months with the Auxiliary Territorial Service and learned basic auto mechanics and driving skills. “I began to understand the esprit de corps that flourishes in the face of adversity,” she later recalled.

During the war, he exchanged letters with his third cousin, Philip, Prince of Greece, who was serving in the Royal Navy. Their romance blossomed and the couple married at Westminster Abbey on November 20, 1947, and the prince took the title of Duke of Edinburgh.

She would later describe him as “my strength and support” during 74 years of marriage, before his death in 2021 at the age of 99.

LONDON – The queen’s death means Prince Harry and Meghan’s children should become Prince Archie and Princess Lilibet if the royal family sticks to the convention.

The title change, normally an automatic right after the ascension of a new monarch, was questioned after Meghan, in an interview with Oprah Winfrey last year, said the royal family had discussed changing the rules to deprive Archie of the princely title. permanently. She said the family had decided, while she was pregnant with Archie, not to grant him either the princely title or the designation of Her Royal Highness and suggested it was related to their concerns about the color of the baby’s skin.

“I think even with that convention I’m talking about, while I was pregnant, they said they wanted to change the convention for Archie,” she said in the interview.

Under rules established by King George V in 1917, the monarch’s children and grandchildren receive titles, but not great-grandchildren. Since Archie and Lilibet are grandchildren of the new monarch, King Charles, they should now receive the titles of prince and princess.

A spokesman for Harry, known as the Duke of Sussex, and Meghan, the Duchess of Sussex, did not respond to a request for comment; neither did Buckingham Palace. Charles has long favored a pared-down monarchy.

Their first child, Charles, was born in 1948, followed by Princess Anne in 1950, Prince Andrew in 1960, and Prince Edward in 1964. Between them, they gave their parents eight grandchildren and 12 great-grandchildren.

Princess Elizabeth was in Kenya in 1952, representing the ailing king, when Philip broke the news to her that her father had died. She immediately returned to London as the new queen.

“It was all a very sudden sort of taking over and doing the best job possible,” she later recalled.

Elizabeth was crowned at Westminster Abbey on June 2, 1953, at the age of 27, in front of a record television audience estimated at more than 20 million people.

The decades that followed would see great change, with the end of the British Empire abroad and the Swinging ’60s sweeping away social norms at home.

When #QueenElizabethII visited the sets of actor #KamalHaasan‘s Marudhanayagam at the MGR Film City in Chennai 25 years ago… pic.twitter.com/B2vnBlDM1F 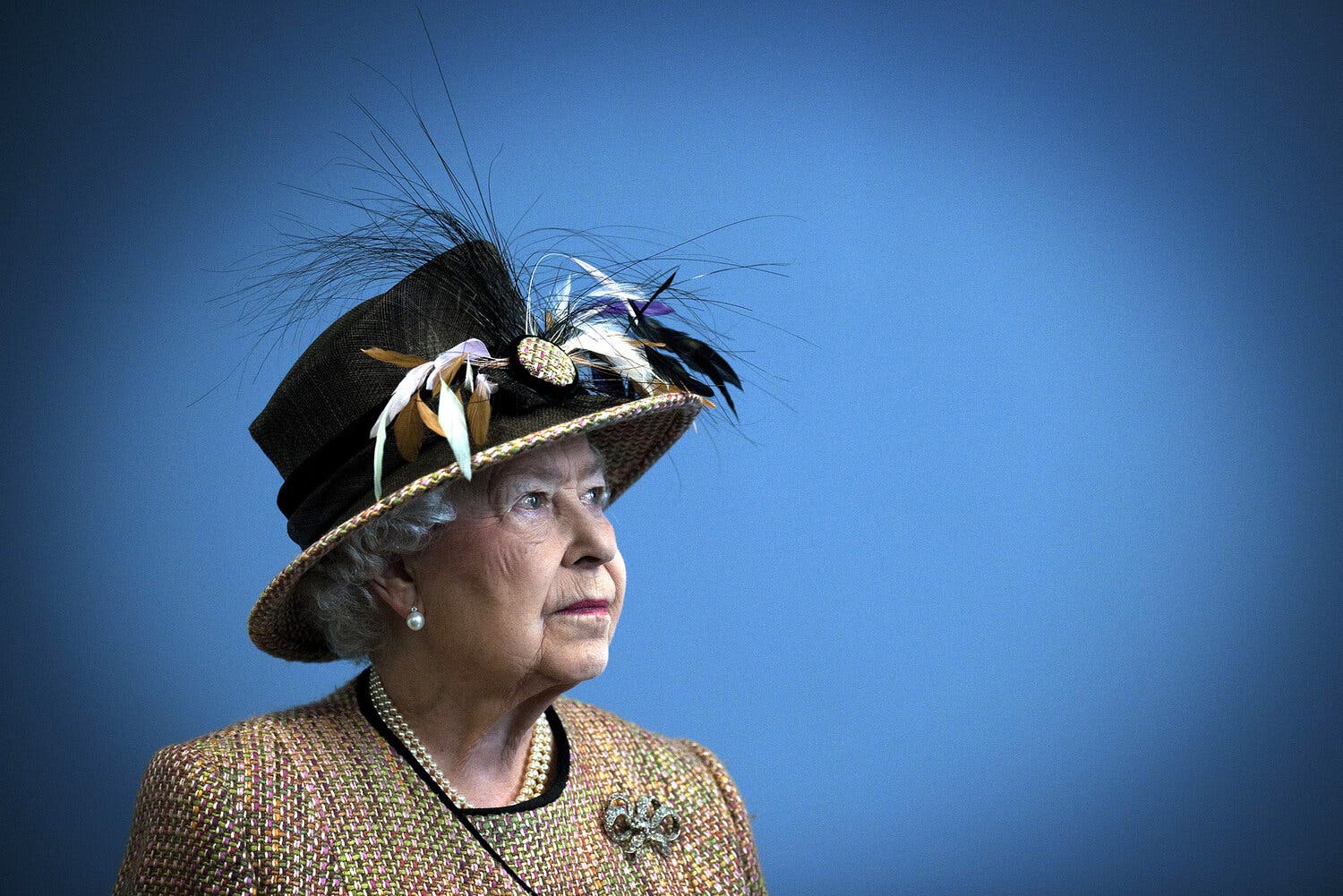