Now the loan recovery agent will not bother: RBI has geared up to take strict action, against abuses, and misconduct, and then it’s not right

New RBI guide for loan recovery agents: often people are swayed by quick loan lenders due to the need for money in an emergency, but sometimes situations also arise where the recovery agent is harassed despite paying the loan dues. The mind threatens to come home and to the office at any time. At times, it also blackmails friends and relatives to harass them.

On the other hand, the situation of non-payment of loans was more visible during confinement during Kovid. Many times such a situation has arisen when people got into trouble despite paying some loan installments (EMI), where cases of non-payment of installments also came to light. Due to this, the Loan Recovery Agent of the banks started harassing the borrowers. There have been many such cases in the last two years. In such a situation, now the Reserve Bank has also taken cognizance of these actions of the Loan Recovery Agent and has considered taking strict action.

Reserve Bank Governor Shaktikanta Das recently said that loan recovery agents misbehave with people, which will not be tolerated at all.

He said loan recovery agents call borrowers unnecessarily and misbehave with them like a delinquent, which is not acceptable under any circumstances.

The RBI governor said the central bank is taking this seriously and preparations are being made to take tough action. RBI Governor Das was speaking during the FE Modern BFSI Summit. He said that these types of activities are generally done by more unregulated financial firms and many times such complaints come in the case of regulated firms as well.

Now the central bank will be strict on the misbehavior and abusive attitude of the recovery agent
Shaktikanta Das said that the Reserve Bank is preparing to take serious action in the case of regulated entities. As far as unregulated firms are concerned, upon receipt of such complaints, law enforcement agencies will be informed.

We will not hesitate to crack down on any such complaints. At the same time, banks have also been instructed for irregularities by recovery agents. We are asking lenders and all banks to pay special attention to this.

What are the ways to deal with a loan recovery agent?
According to RBI guidelines, using or threatening to use muscle power to recover a loan amounts to harassment. If any recovery agent is harassing you, you should report it to the Reserve Bank without hesitation.

Apart from this, borrowers also have legal avenues to deal with loan recovery agent misconduct. Find out what measures you can take to avoid such problems…

What is the RBI guideline on loan recovery?
According to the Reserve Bank, loan recovery agents cannot resort to intimidation or harassment, whether verbal or physical, for loan recovery. Repeated calls to the borrower or calls before 9 am and after 6 pm are also harassment.

RBI can also impose penalties on the bank
If the loan recovery agent is harassing the borrower on a daily basis, then the first thing the borrower should complain about is to the bank. Further, after informing the bank about his circumstances, he should start working on the loan repayment terms. Similarly, if the complaint with the bank is not resolved within 30 days, you can complain to the Bank Customer Ombudsman. And complain to the Reserve Bank as well. The Reserve Bank can give instructions to the bank and can also impose fines in serious cases.

The borrower of the loan also has the option of approaching the court.
If the recovery agent indulges in any illegal activity, such as assault or diversion of an asset, the borrower can file a police complaint. If he/she is harassed too much, strict legal action can be taken against the recovery agent by contacting the attorney.

In this, if the recovery agent has given you a wrong letter or if any wrong action has been taken, you can file it as a basis in the court. The option of going to Lok Adalat and Consumer Court is also open to the creditor, i.e. the borrower. 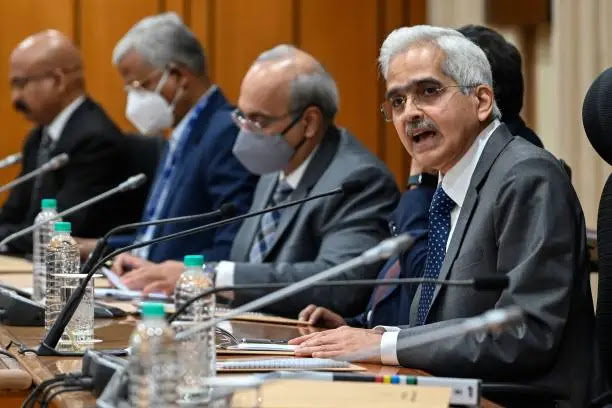