Nepal has nearly tripled its wild tiger population since 2009

A tiger in Bardia National Park, Nepal, is photographed by a motion-activated hidden camera.

Wild tigers in Nepal have clawed their way back from the brink of extinction. There are now nearly three times as many wild tigers in the country as there were in 2009, according to the Nepalese government.

The comprehensive survey covered 18 928 square kilometers, more than 12% of the country, and required 16 811 field staff days.

Ginette Henley, senior vice president of wildlife conservation at the U.S. World Wildlife Fund, told that the announcement represents a major victory for both conservationists and tigers.
“Tigers in Nepal and everywhere else they live in Asia, about 10 countries, were in steady decline because of two key reasons,” Henley said. “The most immediate reason was poaching for the illegal pet trade. The second reason was habitat loss.”

“In 2010, it was clear that we were going to lose tigers unless we made a concerted effort to turn things around.” Governments of tiger-hosting countries set out to double the number of wild tigers by 2022 at the St. Petersburg international summit on tiger conservation. Nepal is the first country to publish updated tiger numbers by 2022.
Henley said Nepal “really stands out as a leader in conservation, especially for tigers.”

“There is support for tiger conservation at the highest level of government,” he said. “That has translated into really effective habitat conservation, strengthening protection for tigers in national parks, wildlife reserves.”

According to Henley, one of Nepal’s key conservation strengths is its focus on wildlife corridors, which are forested trails to help connect otherwise fragmented parts of tiger habitat.

“Nepal has been a pioneer in reforesting areas to make sure those connections are re-established and maintained,” he explained. As they mature and move away from their parents, “tigers need to disperse. That dispersal is only possible if the tigers can move around safely.”

The other key factor in the return of Nepal’s tiger is community involvement in conservation projects, Henley said.

“Communities are the driving force behind this,” he said. “They are employed to do reforestation, maintain that habit and are directly involved in conservation.”

The World Wildlife Fund has been involved in ecotourism projects in Nepal, Henley added. As the tiger population has recovered, protected national parks for tigers have become popular tourist attractions, and income from the parks helps meet community needs. This fosters a sense of community investment in conservation projects, Henley explained.

Another key ingredient in the recovery of tiger populations is finding ways for humans and tigers to safely coexist, Henley said.

“What’s really needed is a holistic approach,” he said. “Monitoring tigers, knowing where they live, can help communities stay safer.”

Nepal has also had success with practical tools, such as predator-proof fencing for livestock and lighting village perimeters at night to protect against tigers.
Implementing compensation programs for farmers whose livestock are killed by tigers also allows for better coexistence between humans and tigers, Henley said.

“Unless the people who live with tigers want them there, we’re not going to have them there,” he said.

Protecting tigers also helps protect other threatened or endangered species. “Effectively, if we’re going to protect one tiger, we’ll protect 10,000 hectares of forest,” Henley said. Tigers also live in “some of the most carbon-rich forests.” “It will also help us mitigate climate change if we protect these very rich forests.”

But while Nepal is a tiger success story, Henley noted that there are still many countries where tigers are in “crisis.” Tigers have gone extinct in Vietnam, Cambodia and Laos since 2000, he said. “We need to look at the elements that have led to success in Nepal and India and try to replicate them. The most important piece is political will and political leadership.”
The United States also plays a role in tiger conservation. Henley pointed to the Big Cat Public Safety Act, legislation that would set limits on private ownership of tigers in the U.S. and, hopefully, help prevent big cats from entering the illegal pet trade.

There are about 3,900 tigers in the wild, according to the World Wildlife Fund, and the species is considered endangered. 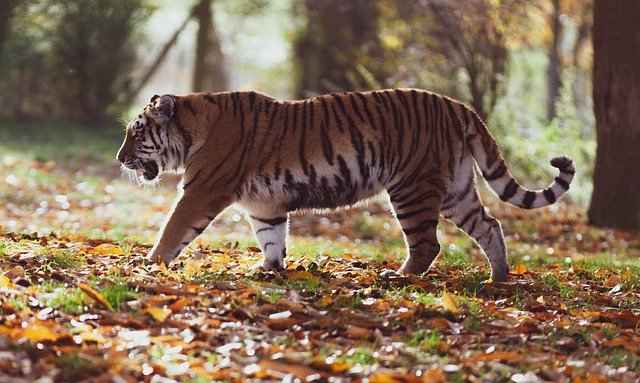