NASA prepares for its first rocket launch from an overseas planet

NASA has revealed details of how it plans to bring samples from Mars back to Earth. According to an update posted on the space agency’s website, the compact, lightweight Mars Ascent Vehicle (MAV) will be used to launch rock, sediment, and air samples from the surface of Mars. The award for its construction has gone to Lockheed Martin Space, of Littleton, Colorado. This move brings the Mars Sample Return Program’s goal of making the first robotic round trip to safely return samples to Earth one step closer to success. If successful, this mission would be the first to launch a rocket from another planet.

“But we’ll also get a lot of science out of those Mars samples.”

This NASA-ESA strategic alliance would be the first to return samples from another planet. The MAV will be humanity’s first rocket launched from another planet and will further NASA’s attempts to better understand the red planet.

“This groundbreaking effort is destined to inspire the world when the first robotic round-trip mission recovers a sample from another planet, a significant step that will ultimately help send the first astronauts to Mars,” said NASA Administrator Bill Nelson.

“The U.S. investment in our Mars Sample Return program will fulfill a top priority planetary science goal and demonstrate our commitment to global partnerships, ensuring that NASA remains a leader in exploration and discovery.”

The cost-plus-fixed-fee contract price for the Mars Ascent Integrated Vehicle System (MAVIS) is estimated to be about $194 million. The period of performance will begin around Feb. 25 and will last for six years.

“The campaign would fulfill a goal of solar system exploration, a high priority since the 1970s and in the last two National Academy of Sciences’ Decadal Planetary Studies,” NASA said. 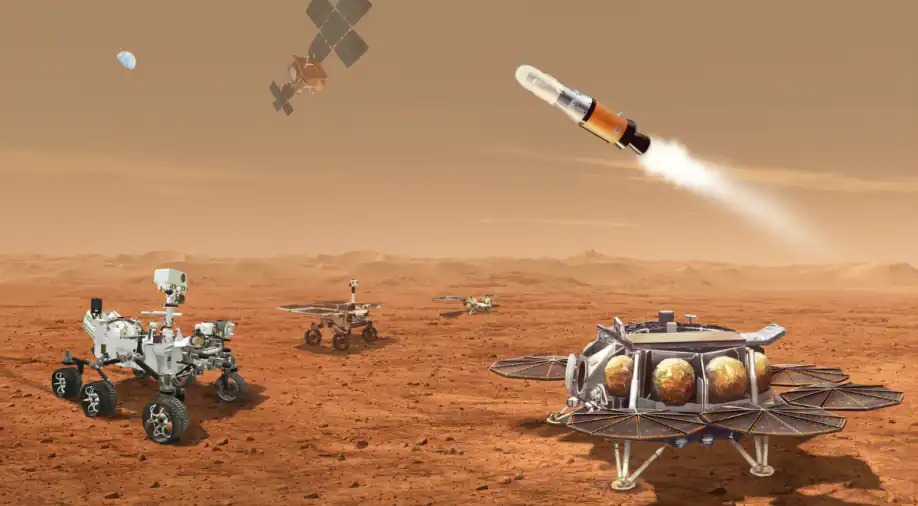