In the Dhar district of Madhya Pradesh, a bus going from Indore to Pune fell into the Narmada river. It is being told that while overtaking a vehicle, the bus driver lost his balance and the accident happened.

A Maharashtra Roadways bus fell into the Narmada river from Khalghat Sanjay Bridge in the Dhar district of Madhya Pradesh on Monday. At present, the bodies of 15 people have recovered from this accident. At present, the deceased has not been identified. At the same time, MP ( Madhya Pradesh ) Minister Narottam Mishra tweeted and said to rescue 15 people. On the other hand, according to the report of Dainik Bhaskar, the ambulance driver present at the spot told that not a single passenger has been rescued alive so far. Let us inform you that the Maharashtra Roadways bus was going from Indore to Pune carrying 55 passengers. During this, her balance deteriorated and she fell from the bridge. On the other hand, Dhamnod police and Khaltaka police immediately reached the spot and carried out rescue operations with the help of divers.

In fact, in the Dhar district of Madhya Pradesh, a bus going from Indore to Pune on Monday morning fell into the Narmada river near Khalghat in Dhamnod. According to the report, while overtaking a vehicle on the bridge in Khalghat, the driver of the bus lost his balance and broke the railing, and fell into the river. 15 people died in this incident. The identity of the dead in the accident is yet to be ascertained. On the other hand, Maharashtra Chief Minister Eknath Shinde has directed MSRTC (Maharashtra State Road Transport Corporation) to provide financial assistance of 10 lakh each to the kin of the deceased in a bus accident in the Narmada river.

Rescue team engaged in rescuing passengers
At present, as soon as the information about the incident is received, the entire administrative staff of Dhar and Khargone has reached the spot. Collector Kumar Purushottam and SP Dharamveer Singh have also reached Khargone. There is a possibility of many people flowing in the flow of the river, to save whom the NDRF team is running a rescue operation. According to media reports, this bridge is being told as old. On the other hand, Madhya Pradesh CM Shivraj Singh Chouhan ordered the administration for rescue and relief work.

Prime Minister Narendra Modi announced Rs 2 lakh each for the kin of those who lost their lives in a bus accident in Madhya Pradesh’s Dhar district.

An ex-gratia of Rs. 2 lakh each from PMNRF would be given to the next of kin of those who lost their lives due to the bus tragedy in Dhar, Madhya Pradesh. The injured would be given Rs. 50,000: PM @narendramodi 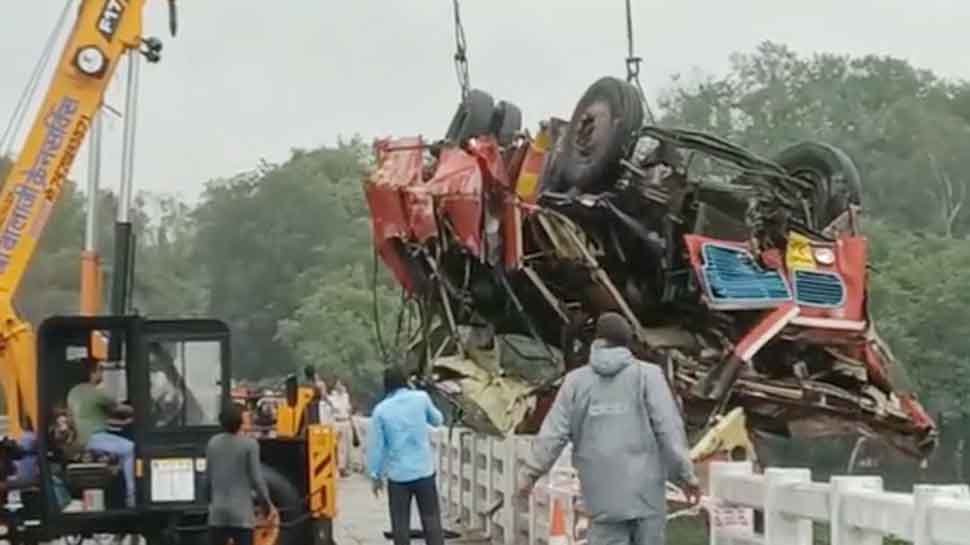