Jason Nash had booked a trip to Rhodes with his family to celebrate his mother’s big 60th birthday, but his best-laid plans were ruined when the flight was cancelled with no TUI representatives on-site to help him.

A father who took his family to celebrate his mother’s 60th birthday had to cancel everything after encountering “carnage” at the airport.

Jason Nash, 37, had arrived at Bristol Airport in plenty of time with his wife, two young children aged five and ten and his mother, who had not been on vacation for years.

The trip to Rhodes was arranged for his mother’s 60th birthday, as she had not been on vacation for years, reports SomersetLive.

The family arrived well before their 4:10 p.m. flight on Saturday, May 28, reading about how busy it was before half term and the Jubilee weekend.

Mr Nash said they got through security with no problems, but noted that there was a delay of an hour and 45 minutes on the flight board.

Other TUI flights were also experiencing delays at the airport.

“The gate announcement times came and went and people were starting to get a little restless asking for information and they couldn’t give us anything,” Nash said as he recalled the experience.

Then, the flight’s departure time was further delayed and, with no TUI staff at Bristol Airport (instead, they use Swissport staff), there were difficulties communicating with the airline.

Mr Nash continued, “The board said ‘gate information’ for hours and we finally resigned ourselves to the fact that we would not be going.

“There was another flight from Paphos that was due to leave at half-past one with TUI and they did the same thing, they delayed it.”

At around 8 pm, a message came through on the tannoy to say they would be leaving later that night, but Mr Nash later claims Bristol airport staff were unable to offer any further information.

Passengers then received an email from the airline to inform them that the entire vacation was cancelled.

In a communication sent by TUI to passengers, TUI apologized claiming that the “significant disruption” had been caused by “a combination of factors causing significant operational disruption.”

It also indicated that package holidays (flights and hotels) were also cancelled.

The airline added that it would issue full refunds and a £200 voucher as a form of apology along with the mandatory £350 compensation in accordance with EU regulations.

Mr Nash said there were other TUI passengers on different flights with young children, people going to funerals and even a wedding party whose wedding had to be cancelled after the airline cancelled their package vacation.

He said, “The bride and groom were crying because they were missing their wedding.”

A TUI spokesman apologized for the cancellations and said the delays were a combination of factors that caused significant operational disruption.

“Unfortunately, we felt the impact on customers’ vacations was too great and made the difficult decision to cancel the flight.

“We contacted affected customers as soon as we became aware of the change and all customers will receive a full refund within 14 days.

“We understand how disappointing and frustrating this is and apologize for any inconvenience caused.” 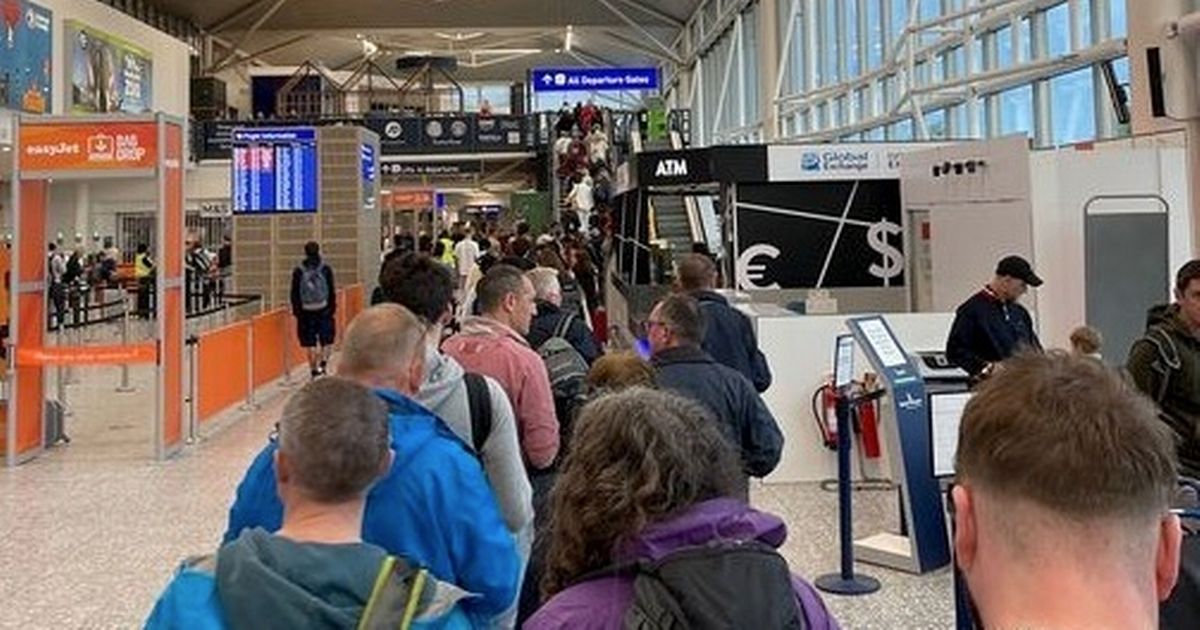