Liger Movie Review: Vijay Deverakonda and Ananya Panday have been traveling across the country to spread the word about their upcoming film Liger. It marks the first pan-India release for Vijay and Ananya’s first project with a director and actor from the South film industry. The songs and trailer of the film have generated a lot of buzzes ahead of the release and all eyes will be on August 25 when the film finally hits the big screens. So how has the movie turned out? Let’s find out.

The first review of Liger is out! How good is the movie?
Liger has been much talked about among moviegoers for some time now. The upcoming feature film, Arjun Reddy’s most popular Vijay, has entered a whole new territory. He will play a protagonist in a commercial mass entertainment show and fans will see him in a different avatar as he dances and performs the action. His body transformation for the role has also been appreciated by fans.

Liger Movie Details
Liger is scheduled to release in theaters on Thursday, August 25 in Hindi, Telugu, Tamil, Kannada, and Malayalam. It is produced by Puri Jagannadh, Charmme Kaur, Karan Johar, and Apoorva Mehta. Liger stars Vijay as an underdog fighter from Mumbai, who competes in an MMA championship. Boxing legend Mike Tyson will also have a cameo in the film. This will mark his foray into Indian cinema. Tyson has previously played a role in the Hollywood comedy film Hangover.

Vijay Deverakonda’s physical transformation is commendable. But, his stuttering act gets exaggerated at times. He is still in Arjun Reddy mode and it is high time he comes out of it as it is getting repetitive. Ramya Krishnan is loud, but easily one of the characters that made the film interesting. Ananya Panday as the damsel in distress forever is forgettable. Mike Tyson is a legend and it’s baffling to see how he accepted such a role that has no conviction and adds no value to the story.

Liger also joins the long list of films that blame women for men being distracted. The film makes us question whether the team spent a lot of time writing the script. If Puri Jagannadh, Charmme Kaur, and Karan Johar had reserved half the time and money for the script instead of promos, Liger could have been a much better film. If only. 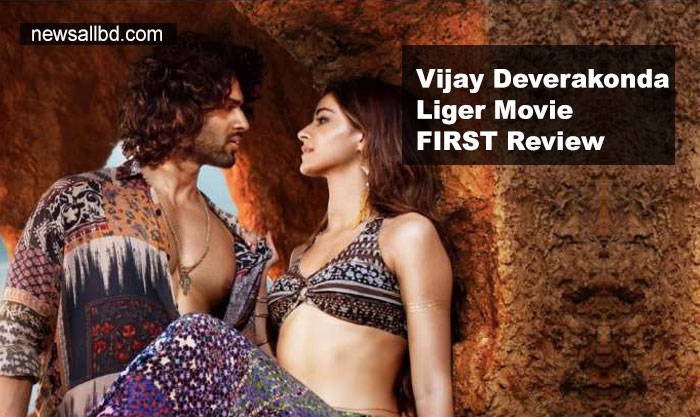