Lalit Modi clarified that Sushmita Sen and he are only dating and are not yet married.

Lalit Modi, the first Indian Premier League president, on Thursday, announced a “new beginning” with actress Sushmita Sen. Calling Ms. Sen his better half, Lalit Modi sparked speculation among his fans if the two were married. Spoiler alert: they are not.
“Just got back to London after a whirlwind world tour #maldivas #sardinia with families, not to mention my #betterhalf @sushmitasen47, finally a new beginning, a new life. Over the moon (sic),” Lalit Modi tweeted.

Just back in london after a whirling global tour #maldives # sardinia with the families – not to mention my #betterhalf @sushmitasen47 – a new beginning a new life finally. Over the moon. 🥰😘😍😍🥰💕💞💖💘💓 pic.twitter.com/Vvks5afTfz

Sushmita Sen shed light, without revealing much, on the rumors of dating Lalit Modi in an Instagram post. On Thursday, the businessman said he is dating Sushmita.

On Thursday, IPL founder Lalit Modi posted several photos of himself with Sushmita Sen. Along with the photos, he wrote, “Just got back to London after a whirlwind world tour #maldivas #sardinia with families, not to mention my #bestlooking partner @sushmitasen47 – a new beginning a new life finally. Over the moon.”

ROHMAN SHAWL REACTS TO SUSHMITA DATING LALIT MODI.
Lalit Modi took to social media to share pictures with Sushmita Sen on July 14 and announced a ‘new beginning’. This came as a surprise to many. While Sushmita’s brother Rajeev Sen was pleasantly surprised, her ex-boyfriend Rohman Shawl is happy for the couple.

Rohman and Sushmita Sen resigned in December 2021. Speaking to Pinkvill.com, Rohman reacted to the news and said, “Let’s be happy for them. Love is beautiful. All I know is that if she chose someone, he’s worth it.” !”

Just for clarity. Not married – just dating each other. That too it will happen one day. 🙏🏾🙏🏾🙏🏾🙏🏾 pic.twitter.com/Rx6ze6lrhE 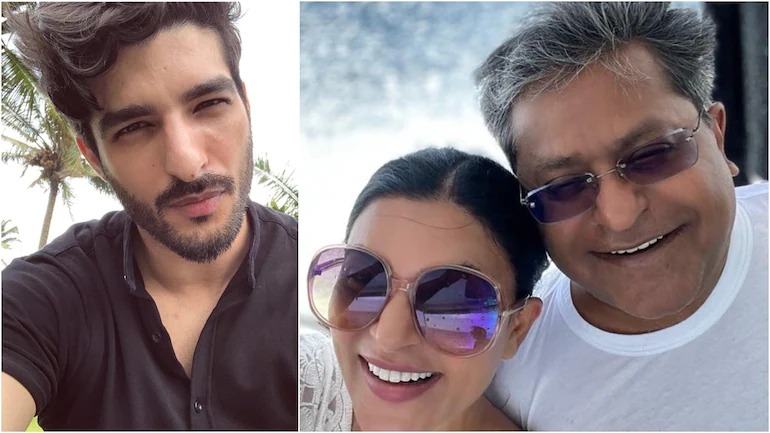