J&K has touched new heights in terms of development and good governance in the last three years: Parliamentary Affairs of State Ministry

ANANTNAG: The Unity Minister of State for Parliamentary and Cultural Affairs, Shri Arjun Ram Meghwal today said that during the last three years, the mantra of development and good governance of Prime Minister Sh. Narendra Modi has reached new heights in Jammu and Kashmir, which is evident at the ground level with full implementation of all central government schemes. This was conveyed by the Finance Minister while interacting with the media at a press conference held at Dak Bungalow, Anantnag.

Addressing the media here, Sh. Meghwal said that development and peace in J&K touched new heights as seen in the record number of tourist arrivals this year. These tourist destinations need to be explored and developed so that they are able to attract tourists not only from within the country but also from all over the world, the Finance Minister added.

The Minister further said that the Anantnag district has many tourist attractions like Martand Sun Temple and other sites that can become the best tourist destinations creating jobs for local residents.

Lauding ‘Sufism’ as a religious practice promoting peace and harmony, the Minister said that a national or international conference on Sufism will be held in Jammu and Kashmir to promote peace and harmony.

He said that the policies and programs of the Central Government led by PM Sh. Narendra Modi has a revolutionary aspect in terms of development and good governance, the Minister said that this developmental model of government can be seen in its social welfare schemes like Ayushman Bharat (Health Card) which provides cashless medical care to low-income families who cannot afford it. care.

The elected representatives presented their grievances to the Minister regarding the implementation of various centrally sponsored schemes in the Anantnag district such as PMAY (Urban), Marriage Assistance Scheme, Ladli Beti, MGNREGA, etc. When the Minister conclusively refers them to the concerned department for initial repairs. 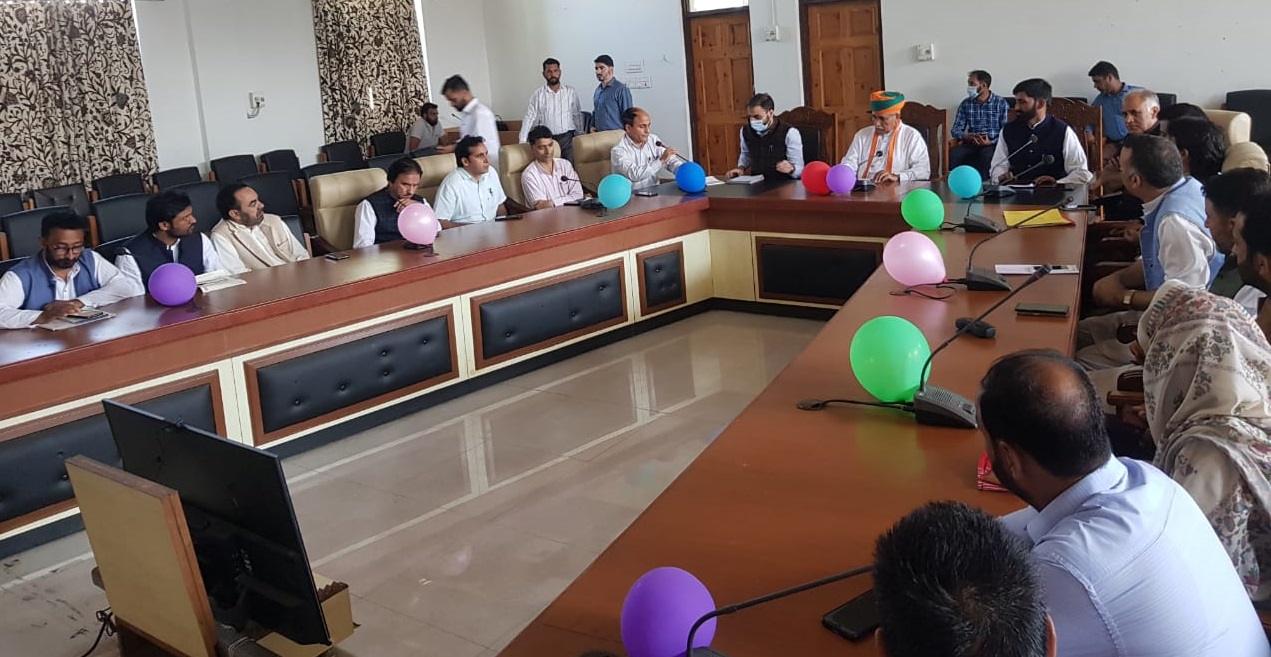