Brussels: EU leaders have said they will block most Russian oil imports by the end of 2022 to punish Moscow for invading Ukraine, according to press reports.

The EU-wide ban will affect oil arriving by sea, around two-thirds of imports, but not pipeline oil, following opposition from Hungary, the BBC reported.

Poland and Germany also pledged to end pipeline imports, meaning a total of 90 percent of Russian oil will be blocked.

The head of the European Council, Charles Michel, said the agreement cut off a major source of funding for the Russian war machine, the BBC reported.

It is part of the sixth sanctions package approved at a summit in Brussels, which all 27 member states had to agree to.

Russia currently supplies 27 percent of the EU’s imported oil and 40 percent of its gas. The EU pays Russia about $430 billion a year in return.

So far, no sanctions have been applied to Russian gas exports to the EU, although plans to open a new pipeline from Russia to Germany have been frozen, the BBC reported.

The UK, which gets 8% of its oil needs from Russia, has pledged to phase out Russian oil before the end of the year.

Oil prices rose following news of the EU embargo, with Brent crude surpassing $123 a barrel, its highest level since March.

EU members spent hours struggling to resolve their differences over the ban on Russian oil imports.
Hungary, which imports 65 percent of its oil from Russia through pipelines, was their main opponent.

Because of this, the immediate sanctions will affect only Russian oil transported to the EU by sea, two-thirds of the total imported from Russia. 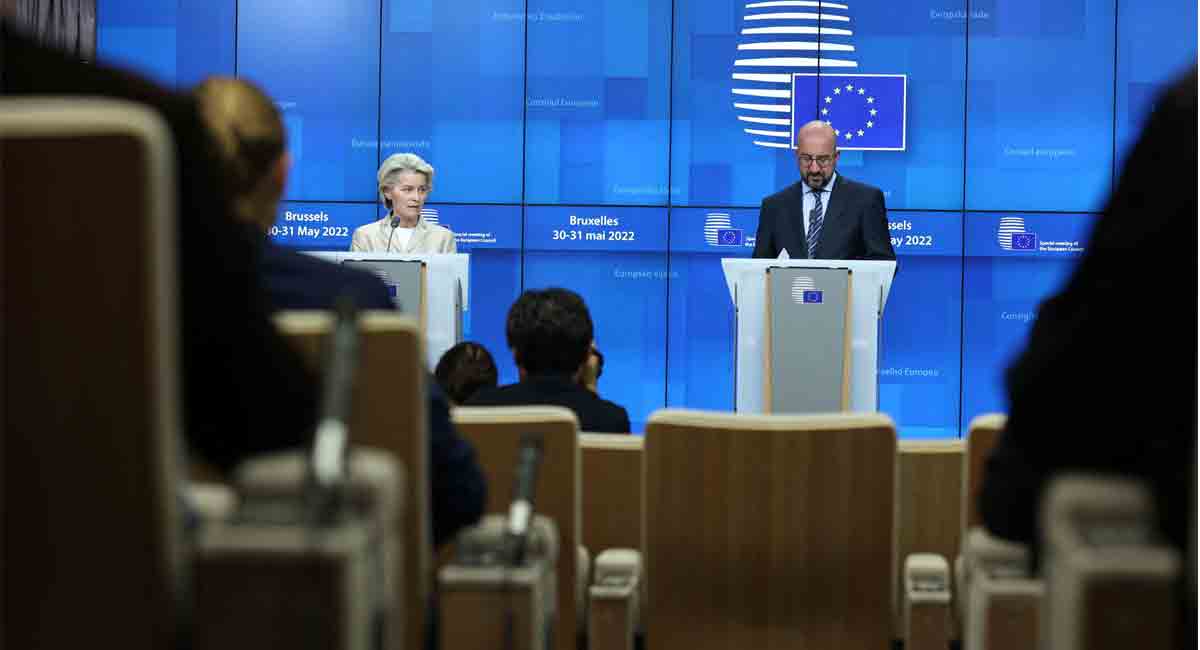