The central board of the Employees Provident Fund Organization (EPFO) may, at its next meeting on July 8, explore the possibility of framing a universal pension scheme for those who are not yet covered by the retirement fund. A separate scheme that would provide PF and pension benefits for platform and gig workers is likely to be taken up at the meeting to be held in Bangalore, sources said.

The labor codes passed by Parliament in 2020 had stipulated that the government would come up with a social security scheme for temporary workers.

An internal EPFO committee had advocated the introduction of a universal pension scheme given Prime Minister Narendra Modi’s call to provide universal social security to those not covered under the 1995 employee pension scheme.

While there has been a demand to increase the monthly pension payment under EPS 1995, EPFO currently finds it difficult to provide a minimum pension of ₹ 3,000 per month given the low EPS contribution by EPF.

Under EPF, an employee pays 12 percent of his or her basic salary and some allowances as statutory deductions. The employer contributes a match, of which 8.33 percent goes to EPS.

A report by NITI Aayog titled ‘Booming platform and gig economy in India’ released on Monday recommended that platform and gig companies should adopt policies that offer old age/retirement plans and benefits and other insurance coverage for contingencies such as work-related injuries that can lead to loss of employment and income. Such policies can be designed exclusively by a company, in association with insurance companies, or could be designed and offered in collaboration with the government, as envisaged in the Social Security Code 2020.

India has a huge unorganized or informal sector, about 83 percent of workers are in informal employment where there is no formal employer-employee relationship. It may be recalled that the pension regulator PFRDA had proposed an automatic enrollment scheme a few years ago to increase pension coverage in India. 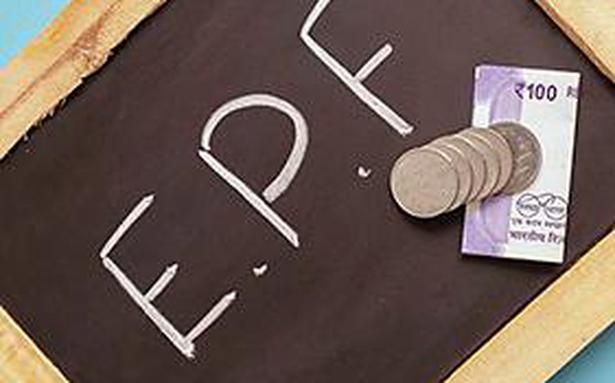