India vs England 2nd ODI Preview: England was dismantled in the first ODI for 110, India chased that with all 10 wickets in hand. In a three-match series, it’s a do-or-die game for the hosts.

If described in terms of a street fight, India gave England no chance in the first ODI at the London Oval on Tuesday, July 12, 2022. The men in blue connected blow after blow, leaving no time for the hosts to recover. Now, heading into the second game, which is just a few miles away at Lord’s, the English team will be hoping to come back in the three-match series.

The Indian team, on the other hand, will be looking for another chance to show their mettle in foreign conditions and humiliate the English on their home turf. Beating the English in both the T20I and ODI series, especially when England is considered one of the best white-ball units, is a rare joy in bilateral cricket.

What’s at stake?
The entire series is at stake, as a loss in this game would mean England would lose yet another series to India in limited overs. Last week, the English were already beaten 2-1 in the T20I series.

Who will be the two key players for both teams?

The Indian captain’s aggression while batting in the first match on Tuesday, July 22, was not seen for a long time. He was pulling the ball hard, cutting them nicely through backward points and his cover drives felt pleasing to the eye. His knock of 78 in just 56 balls was a masterclass, and that is why he has become India’s biggest asset with the bat.

During a dismal performance by his team, England captain Jos Buttler was the only light that shone, and even when he got out, it was on a shot that could easily have been a six. His 30 off 32 balls seemed to flow freely until the moment he was in the middle. So, if he gets support from the other end, Indian bowlers might have to face the fury.

Jasprit Bumarah vs Joe Root: Battle to watch out for.
Jasprit Bumrah delivered a fine spell as he posted career-best figures of 6-19 in the first ODI on Tuesday. It was during that spell that Joe Root, a man in the form of his life, was forced to cut a ball away from his body. The Englishman would now be eager for another chance to prove his worth against Bumrah, who is arguably the best bowler in the world at the moment. Therefore, the battle between Root and Bumrah will be one to watch out for.

How will the pitch play out?
At Lord’s, England has lost more matches than they have won in ODI cricket. The home team has a 25-27 win-loss record, while India won three and lost four at the home of cricket. Weather permitting, it could be a great clash between the two sides. The pitch at Lord’s has always been helping the fast bowlers to make it an even contest in this batting-friendly era.

Who has the edge?
India certainly has the edge because of the way they have been since the last four white ball games. The men in blue would look to win this game and end the series at Lord’s. However, writing England off at Lord’s is also not ideal.

Possible playing lineups for both teams
With Virat Kohli still unavailable for selection, in all probability, India will go with the same XI that played the first ODI at the Oval. On the other hand, England would also not want to change too many things, so we could also see an unchanged playing XI from the hosts. 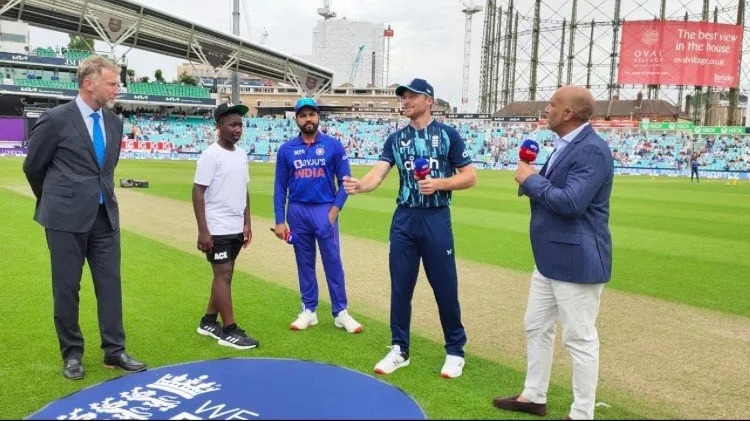