Earthquake shakes several places, including Lucknow, with a magnitude of 5.2

UP News: Earthquake tremors were also felt in Sitapur. Suddenly a strong seismic tremor was felt at around 1:16 pm. People told that the shock was so strong that the coolers and refrigerators kept in the houses shook for a while. Yesterday there was also an earthquake in Uttarakhand.

Tremors from the quake were felt late at night in many districts, including Lucknow and Sitapur in Uttar Pradesh. The quake, which struck at around 1:16 p.m., measured 5.2 on the Richter scale. Its epicenter was located 139 km north-northeast of Lucknow at a depth of 82 km.

However, no loss of life or property has been reported so far. Due to the tremors, people woke up and people came out of their homes. At the same time, people celebrating Janmashtami also came out of the pandals in panic. According to people, the shock was so strong that many items, including the refrigerator, kept in the houses, kept shaking for a long time.

tremors were felt in Sitapur As soon as Kanha was born, the tremors of the earthquake were also felt in Sitapur. Suddenly a strong seismic tremor was felt at around 1:16 pm. People told that the shock was so strong that the ice boxes and refrigerators kept in the houses shook for a while. In a short time, all the family members and relatives started receiving calls from here and there. People said that the tremors of the earthquake lasted for some time. After that, it calmed down. Because of this, people stayed awake for a long time.

Earlier on Friday, mild tremors were felt in the Pithoragarh area of Uttarakhand, which measured an earthquake of 3.6 magnitudes on the Richter scale. Another quake measuring 3.1 on the Richter scale struck south-southwest of Henle village in Jammu and Kashmir, the NCS said. 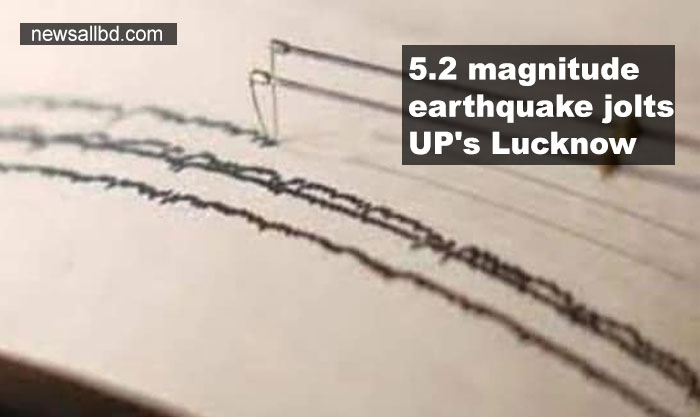