Outbreak hits Shanghai’s economy. As of Tuesday, mainland China had confirmed 226,909 cases with symptoms. China’s capital, Beijing, reported no new symptomatic local cases, compared with none the previous day, and no asymptomatic local cases versus zero the day before, the local government said.

Shanghai: China reported 338 new COVID-19 infections on July 12, of which 98 were symptomatic and 240 asymptomatic, the National Health Commission said Wednesday. That compares with 424 new cases the previous day, 107 symptomatic and 317 asymptomatic infections, which China counted separately. There were no new deaths, as there was the day before, keeping the nation’s deaths at 5,226.

Anxiety levels rose along with temperatures in Shanghai on Wednesday as medical workers sweated under their hazmat suits while administering mandatory mass COVID-19 tests in a city that recently emerged from a painful two-month lockdown.

China’s commercial hub is battling an outbreak that has seen dozens of new infections recorded daily over the past week, and while the numbers are relatively low, it has unnerved many among the city’s 25 million residents, who suffered during the shutdown in April. and can.

And daytime temperatures of around 40 degrees Celsius (104F) added to the feverish atmosphere among a population that fears the psychological and financial costs of another similar ordeal.

Ying Jie, a personal trainer, said that even if Shanghai avoids another shutdown, he intends to close his gym for good, only a year after opening it, as he can no longer cope with the uncertainty.

Gyms in some areas of the city, including Ying`s, were ordered to suspend operations this week because of the outbreak. “We were open from July 1 to July 10,” Ying`s said. “I can`t pay the rent, but I can`t open. If I open secretly and there are positive cases related to my gym, I will lose my license. The risk of being fined is too great.”

While most other major countries choose to live with the virus, China has adhered to a “dynamic zero COVID” policy that aims to eradicate outbreaks early, but its economy is paying a price.

The authorities’ hopes for success lie in relentless detection and targeted isolation orders, which have so far been issued in hundreds of residential buildings and commercial premises.

Shutdowns in Shanghai and elsewhere earlier this year have hit the world’s second-largest economy, with repercussions for global supply chains and international trade.

Although China’s foreign trade grew in May and June after a slump in April, the outlook remains shaky, Li Kuiwen, spokesman for the General Administration of Customs, told reporters.

City authorities have repeatedly refused to talk of wider curbs, even as they warned about the risks posed by the highly transmissible Omicron BA.5.2.1 subvariant. The 55 new local cases reported on July 12 were discovered among people already under isolation orders.

But many residents are stocking up on basic supplies, preparing for the worst. “There are no signs that they will close our neighborhood at this time. But there were no signs the first time either,” said Omri Hephner, an Israeli business consultant. “I will escape Shanghai as soon as I can this time, regardless of what signs I see,” Hephner said, adding that he intends to go to Beijing, then to his home in Israel, and will only return to China once COVID policies are relaxed.

In the northwestern province of Gansu, which reported 69 local cases on July 12, the city of Lanzhou, home to more than 4 million people, said Wednesday that for the next seven days, only one person per household can leave residential compounds to buy food. Non-essential workers are banned from going to offices.

In central Henan province, key urban areas in the city of Zhumadian entered a three-day shutdown on Tuesday, with residents only allowed out for COVID tests, hospital visits, and shopping for basic necessities.

The rules came after the city of Qinyang, which falls under Zhumadian’s jurisdiction, imposed an indefinite shutdown starting Sunday on its nearly 700,000 residents. Infections have also been detected in the southern province of Guangdong, the eastern provinces of Shandong and Jiangsu, and elsewhere. 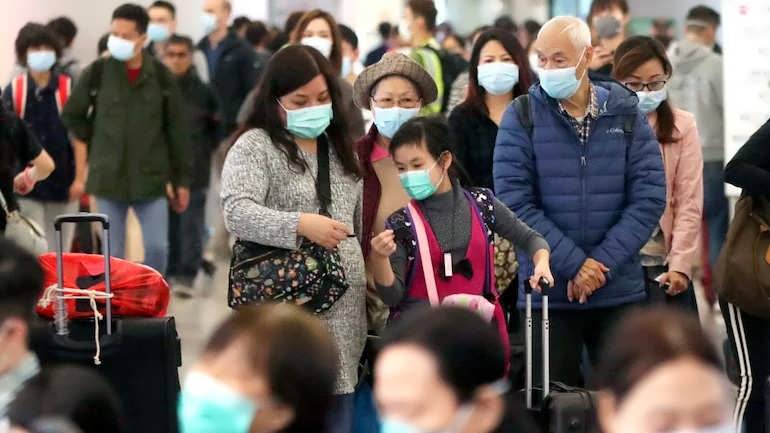