Cape Cod, a peninsula in the U.S. state of Massachusetts, is closed to swimmers after dozens of great white sharks were sighted over the weekend.

The shark sightings were reported thanks to the Sharktivity app, which was created by the Atlantic White Shark Conservancy.

Here’s everything we know about the reports, as well as more details about the app.

CAPE COD CLOSES AFTER DOZENS OF WHITE SHARKS ARE SPOTTED.
Swimmers on Cape Cod will need to find a new spot this summer after dozens of great white sharks were spotted in one weekend.

According to the app Sharktivity, six great white sharks were spotted on Saturday, while another 17 sightings were reported on Sunday.

The app alerts social media users to shark sightings in real-time with locations. Users can use the app to receive sighting alerts, check where sharks have been sighted, and report their own sightings.

On the same day, seven other sightings were detected near a buoy off North Beach Island.

A Twitter user uploaded screenshots of several sharks that the app detected on the same day. Some of the sharks were named Snoop Dogg, Camden, and Spot Claw, among others.

My #Sharktivity app is going bonkers. Loads of pings in #Chatham area, which means a tagged shark is registering in nearby buoys. #Cape pic.twitter.com/ZN5iTAc5RR

FACTS ABOUT GREAT WHITE SHARKS
Great white sharks are the largest known predatory sharks living in our oceans. They have been the subject of interest in many documentaries, movies, and television series.

The largest great white shark was detected off the coast of Guadalupe Island in Mexico. It was 21 feet (6.4 meters) long with a weight of 5,000 pounds (2,268 kilograms).

The great white shark’s torpedo-shaped body allows it to navigate efficiently for a long time. These sharks feed on small fish, as well as larger species such as seals and dolphins. 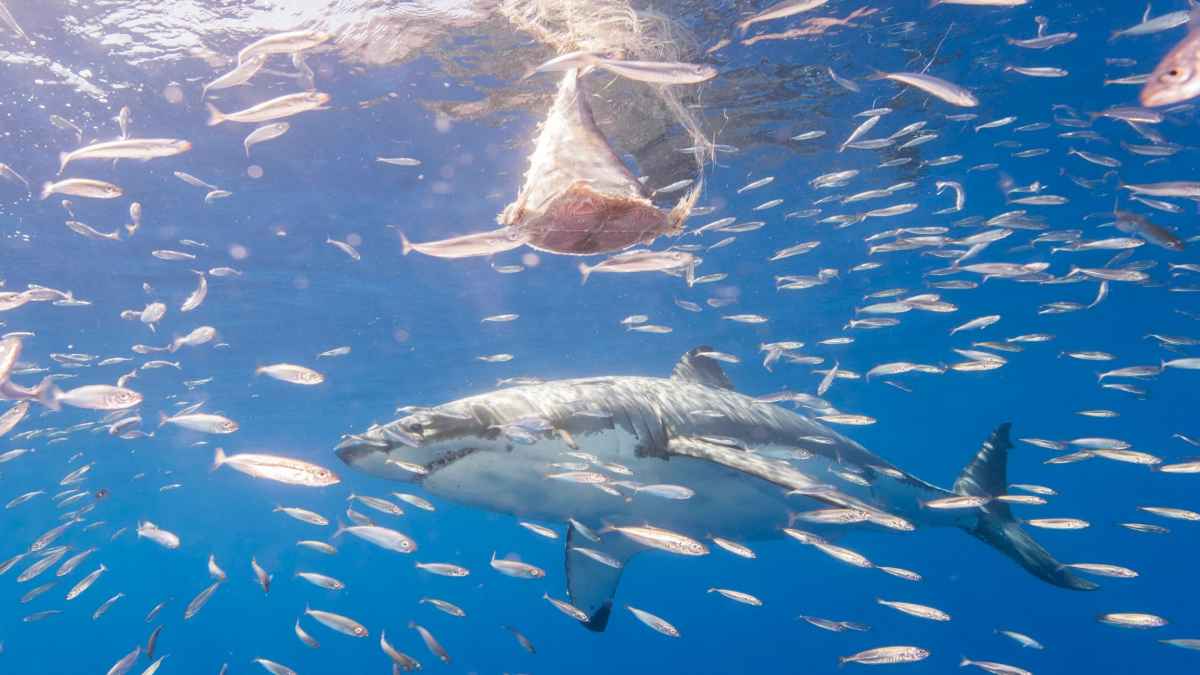