The hugely mounted Netflix film traces Jhulan’s glorious journey and shows how the pacer climbs the ladder despite countless obstacles to fulfill her only dream – to play cricket.

Anushka Sharma has always strived to be a perfectionist in her career. For her upcoming Chakda Xpress titled, which is inspired by the life and times of the greatest female fast bowler of all time in women’s cricket, Jhulan Goswami, she will be training in Leeds, UK, to prepare thoroughly before shooting the cricket intensive portions of the movie!

“Anushka is leaving no stone unturned to become Jhulan on screen. She will prepare her body and hone her cricketing skills extensively in Leeds from mid-August before she starts shooting the cricket portions of the film. She has always been a deeply committed performer and wants to do justice to the role at hand. She will prepare thoroughly and undergo rigorous training exercises before shooting the key scenes from late August to September,” informs a trade source.

Anushka Sharma is returning to films after three years (given the pandemic and her maternity break) to headline Chakda Xpress. The hugely mounted Netflix film, which follows the glorious journey of one of the fastest pacers in the history of world cricket, Jhulan, will show how the pacer climbs the ladder despite countless obstacles to fulfill her one dream – to play cricket.

Jhulan went on to captain India’s national women’s cricket team and is a role model for aspiring female cricketers in the country. In 2018, an Indian postage stamp was issued in her honor. Jhulan holds the world record for the most number of wickets taken by a woman in an international career.

Anushka has begun filming Chakda Xpress, which will be shot in India and the UK and is being produced by Clean Slate Films. Anushka has already spent months of preparation to get into the skin of the celebrated Indian fast bowler.

Talking about the film once, Anushka Sharma said, “It is a really special film because it is essentially a story of tremendous sacrifice. Chakra Xpress is inspired by the life and times of former Indian captain Jhulan Goswami and will be a revelation in the world of women’s cricket. At a time when Jhulan decided to become a cricketer and make her country proud on the world stage, it was very difficult for women to even think about playing the sport. This film is a dramatic account of several instances that shaped her life and also women’s cricket.”

Anushka is one of the most successful and influential actresses of her generation. She is the only actress to have three 300+ crore films – Sultan, PK, and Sanju – to her credit. She will do her best to make this project the biggest tribute to a female sports icon of our country. 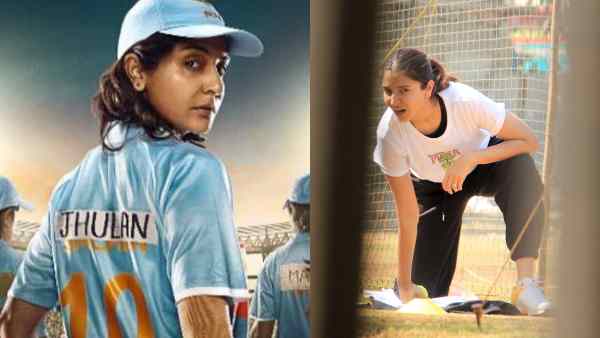