A stunning future concept for Dubai’s skyline is revealed: A giant 550-meter-high ring that will surround the Burj Khalifa

Designers have put a lot of thought into this new structure that will be a welcome change from gated societies and skyscraper homes.

Znera Space, an architectural firm, has presented a spectacular conceptual design that would include the world’s largest free-standing skyscraper, the Burj Khalifa.

The Downtown Circle project is a 550-meter-tall ring that will surround the Burj Khalifa. The designers believe it would challenge traditional ideas of gated communities and tower residences. It is also intended to be self-sufficient and sustainable.

The firm has shared images and renderings of the stated concept, which is planned to include all of downtown Dubai within a three-kilometer radius.

According to The National News, the entire ring will be divided into smaller units, containing housing and public, commercial and cultural spaces.

Instagram posts also described the exact work of the spherical containers. The caption read, “A fleet of suspended peripheral pods transports passengers from one node to another in the center circle. These suspended vessels travel through a network of rails on the lower level to reach their destination.”

During the pandemic, the Downtown Circle concept was created. This was done to reconsider how people live in cities and how living in skyscrapers can affect change. 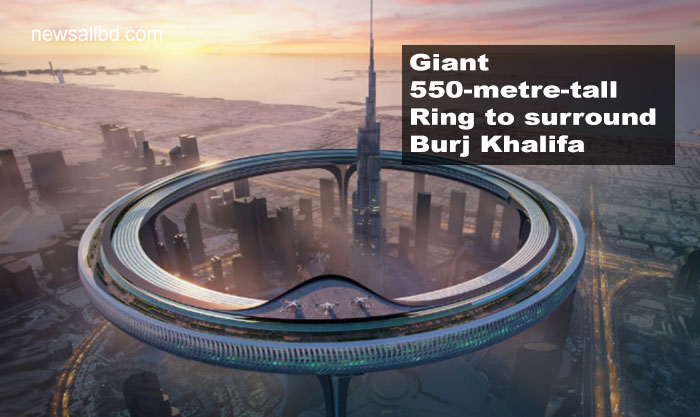