27 dead and several feared trapped in the massive fire that has engulfed a building in Mundka, Delhi; rescue operations are underway

At least 27 people were killed and others feared being trapped after a massive fire broke out in a four-story commercial building near Mundka metro station in west Delhi. More than 40 people suffered burns and have been hospitalized. According to the police, about 60-70 people have been rescued from the building.

According to firefighters, information about the fire was received around 4:45 p.m., after which more than 30 fire trucks were launched. The fire broke out in the building near pillar number 544 of the Delhi metro.

Prime Minister Narendra Modi expressed his sorrow over the deaths, saying 2 lakh each from the Prime Minister’s National Relief Fund will be given to relatives of those who lost their lives, and Rs 50,000 to the injured.

“Extremely saddened by the loss of life due to a tragic fire in Delhi. My thoughts are with the grieving families. I wish the injured a speedy recovery,” Modi said in a tweet.

The building in which the fire broke out was an office complex where CCTV was manufactured, according to authorities. The fire likely started on the first floor and spread to the second and third floors, they said. Officials also said an entire floor of the building has yet to be searched.

President Kovind said that he was heartbroken by the tragic fire accident and offered his condolences to the affected families. “I wish the speedy recovery of the injured,” he said.

“Sorrowed by the tragic loss of life in the Delhi fire near Mundka metro station. My sincere condolences to the affected families and I wish a speedy recovery to the injured,” Rahul Gandhi said in a tweet.

“The Mundka fire incident in Delhi is very sad. I am in constant contact with the affected officials. The administration is carrying out relief and rescue work. The NDRF will also arrive soon. Our priority is to evacuate people and provide treatment. to” the injured immediately,” he said in a Hindi tweet. 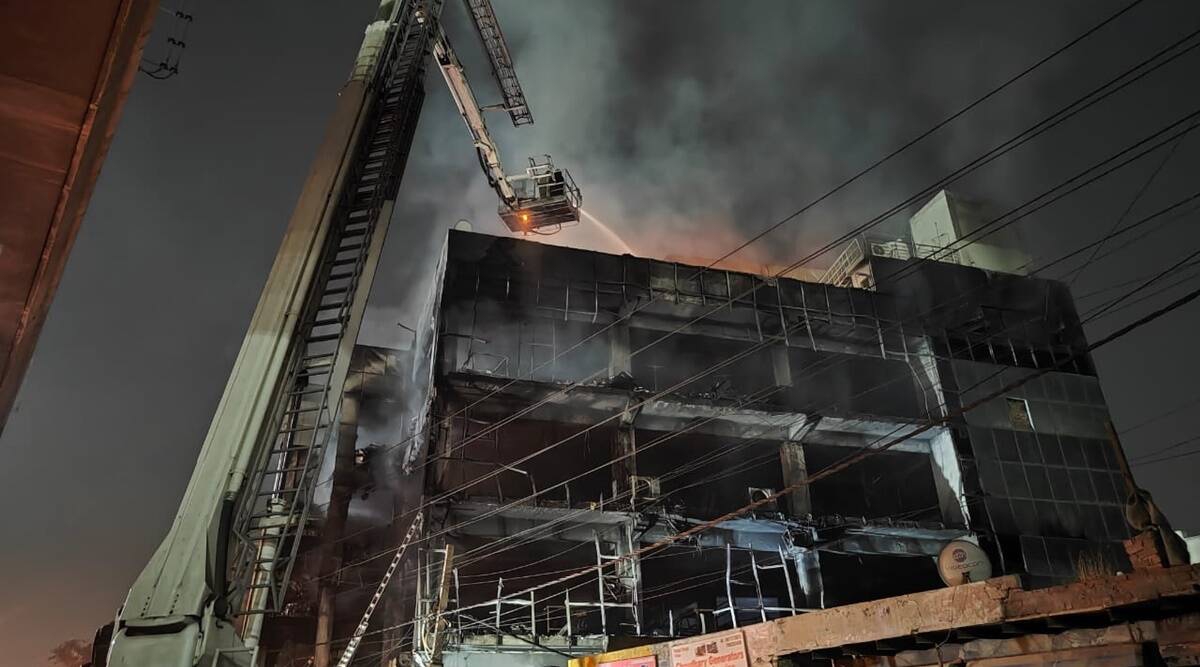